10 Weight Loss Mistakes You May Want to Avoid 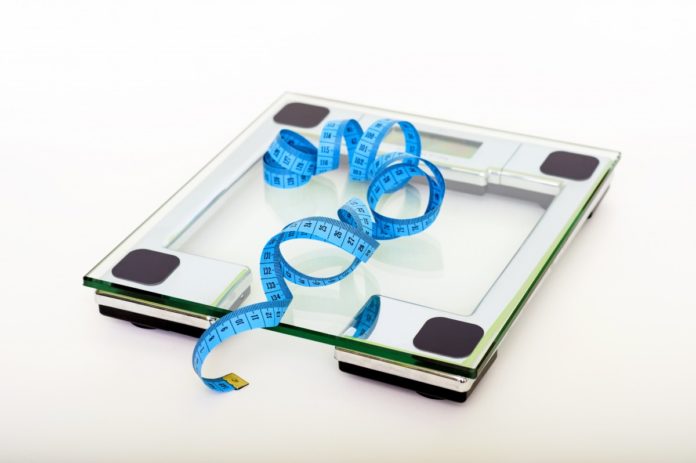 During my final year of college, I lost close to 100 pounds and it was one of the best things I ever did for myself. It was incredibly empowering and it was the first time that I actually felt in control of my body. However, looking back on that time I realized I made several weight loss mistakes that didn’t set me up for the results I needed for the long term.

Just a few years after that inspiring weight loss, I went through a nasty break-up and mid-mid-life crisis. I was distraught over the end of the relationship and extremely unhappy with my job and life in general. While I was thinner than I’d ever been, I was extremely insecure and living in constant fear of gaining weight.

Depression set in and I quickly fell back into my old bad habits. With near constant partying, I was basically trying to drink away the pain and sure enough, the weight slowly but surely crept back on. I was so wrapped up in misery, I didn’t even realize it was happening and before I knew it, I’d gained a little over 50 pounds.

Of course, I then went into panic mode. If you’ve ever lost a large amount of weight, you know that it’s not easy nor fun and most of the time it feels damn near impossible. This time, unlike my initial weight-loss battle, I knew exactly what lay ahead of me.

I considered myself kind of lucky because I knew I had an advantage this time around. I was wiser and knew I didn’t want to make the same mistakes I’d made last time.

So, here are some weight loss mistakes you should avoid at all costs.

I was incredibly proud of my accomplishments the first time I lost weight and I wanted to share them with everyone. A lot of friends and followers told me that sharing my success was inspiring them and that, in turn, kept me going.

However, when I started to regain the weight, it felt like everyone was watching me. I thought that my weight gain was letting them down. I was more worried about what others thought of my battle of the bulge than what I did. This made me ashamed of my body and was completely unhealthy.

Avoid those weight loss announcements and the before and after photos. Weight loss should be just for you to feel more comfortable and healthier. It’s not for inspiring anyone but yourself.

2. Don’t Get Sucked into Crazy Workout Schedules You Know You Can’t Maintain

That first time I lost weight, I was either running or at the gym no less than six days a week. I trained like an athlete and I even competed in relay runs and half marathons. I absolutely hated running, but loved the endorphins I got it.

However, I later realized that I had an unhealthy relationship with the gym. If I skipped a workout I would punish myself with shame and guilt for failing and would force myself to make up the missed session.

Make yourself a workout plan and stay on track, but make it to be full of things you actually enjoy and don’t punish yourself if you miss a workout or two.

When I decided to start working out regularly again, I couldn’t have ran if I wanted to thanks to a twisted ankle. This led me to something I was terrified to try… the weight room. However, since I had a better understanding of what I’m doing this time around, I made resistance training a major focus of my weight loss routine. Having very little resistance training and focusing so much on cardio can lead to being “skinny fat,” and you definitely don’t want that to happen.

4. Don’t Look at Your Stomach in the Mirror Every Day

Don’t weigh yourself every day or take measurements all the time, that’s a big weight loss mistake. A once a month check in is enough to let you know that you’re on the right track. Daily check-ins can make you feel like you’re not getting anywhere and leave you feeling overwhelmed. They can also make you focus too much on the end goal and not enough on what you should be focusing on, which is starting a healthy lifestyle.

5. Don’t Make Diet and Exercise the Center of Your Existence

The first time around, I dropped everything to focus on weight loss and at the time, that was fine. However, this time around I knew that I had zero interest in becoming an athlete or even a marathon runner, but I did have a lot of goals that I worked towards. While hiking, biking, trail running, and strength training remain a part of my life going forward, they serve as supporting roles as opposed to being the sole focus of my life.

6. Don’t Get Caught up in Fad Diets or Overly Restrictive Ways of Eating

Fad diets are a weight loss mistake that I don’t plan on ever making again. That last time around I tried everything from Adkins and Paleo to veganism, vegetarianism and any fad diet I read about online. Adding in all of these restrictive dietary needs made losing weight a lot more stressful and made my life a lot harder than it needed to be. I remember getting SO frustrated with not having anything to eat within whatever dietary restrictions I was currently under that I would binge on food not within those restraints and feel guilty afterwards.

A good exercise routine and sensible diet are what you need, not every fad that pops up on your timeline.

Don’t make the weight loss mistake of playing the “what if I lose ten pounds by September” game. This will led to frustration, overexercising, and under-eating. Have a general weight goal, but be open to seeing where it goes as opposed to putting yourself on a timeline. When I lost about about half the weight I wanted to lose, I felt much more comfortable in my own skin than I ever did when I lost all that weight back in college. Try to remind yourself that it’s not about what size jeans you can wear or what the scale says on your monthly weigh-in; it’s simply about being comfortable and healthy.

8. Don’t Base Your Self-Worth on Your Appearance

I went almost my entire life letting what I saw in the mirror reflect how I felt about myself. I am SO done with that. For one thing, I know that what I see is probably some of the best I’m going to see because let’s face it, most people don’t wake up at 40 more attractive than they were at 25. I’d rather be known as an intelligent, thoughtful, outspoken woman than the skinniest girl in the room.

Don’t fall down the rabbit hole of watching TV or looking at Pinterest and saying, “If I just lost 15 pounds I’d look as good as her.”

Back when I shed the 100 pounds, it seemed that all I talked about was exercising, my latest diet, and losing weight. Don’t do it. You have plenty of interesting things to talk about. If people initiate talk about weight loss or exercise don’t shut the conversation down, but don’t be the instigator. Everyone around you doesn’t need to lose weight and even if they do, they may not want to hear it from you. So trust me, they’re going to get tired of you only talking about your weight and accomplishments.

10. Avoid Fasts, Detoxes, Juices, & Anything Else You Hear About on Dr. Oz

Sure, sometimes these crazy gimmicks lead to short term results, but they’re just that. Short term. You’re in this for the long haul now, so refuse to binge on chicken wings followed by a juice fast (they gave me hellacious headaches btw). I don’t care if it’s actually healthy or not, gimmicks like these are almost always shots in the dark, provide only temporary results, and just lead to more headaches. Both literally and figuratively.

Now, this list of 10 weight-loss mistakes may not necessarily be mistakes for you. I just know that they were for me and I wanted to share them so that you can learn from them and make your own call on the matters.

Previous articleSuck at Taking Criticism from Your Man?
Next article9 Guaranteed Ways to Kill Your Dating Life