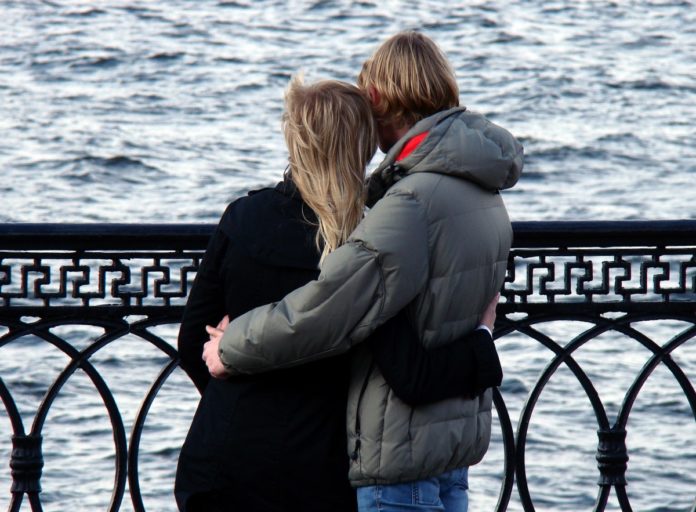 However, I’m here to tell you that there’s actually several reasons why women should date younger men, and it’s not necessarily all about sex. Once you can get over your insecurities concerning your age and dating men who are noticeably younger than you, chances are pretty good that you’ll find that you’re enjoying this incredible experience.

1. They Relish in Your Experience

Whether you’re in your 40’s or 60’s, you’ve had plenty of “life experiences” that younger men are often interested in. The same experiences that men your own age consider “baggage,” younger guys view as life lessons. This also gives you the unique opportunity to be a mentor and help him through his own obstacles.

Your knowledge and experience also give you plenty to talk about as well, not to mention making things pretty interesting in the bedroom. Unlike the women his own age, you have the experience and confidence to take control and teach him a few things during your private moments together.

As you grow older and become more opinionated, it’s easy to get stuck in a rut. Younger men are usually less jaded by life’s ups and downs and are more open to trying new things. Exotic trips, dance lessons, and other fun experiences that men your own age often scoff at are generally embraced enthusiastically by younger guys. You also have the benefit of his positive attitude, which can make you feel like you can do anything. This is definitely a nice change from the negativity and closed-mindedness you often encounter with men your own age.

I’m not saying that older men aren’t attractive too, but there’s something special about the energy and enthusiasm you generally find in younger guys. When this attribute makes its way into the intimate aspect of your relationship, it usually means that you’re going to enjoy hotter and longer sex. Not only are their libidos in full swing, they’re usually more willing to be adventurous in the bedroom.

4. They Have Plenty of Contagious Energy

Not only do younger men tend to have plenty of infectious energy, they’re generally happier and more fun to be around. Life’s disappointments haven’t jaded the younger men yet and they’re not worried about their advancing age.

This carefree attitude is almost always contagious and usually results in improving your own mood. Of course when you’re happy, your overall health usually improves as well. This excess energy of theirs can also lead to more spontaneous, intimate time together, which for older women who may have been in a long-term relationship where there was little sexual intimacy, it can be a most welcome change of pace.

Of course, younger guys generally are more adventurous and willing to try new experiences as well, which can lead to a lot more fun both in and out of the bedroom. That doesn’t mean that I think all older men are “set in their ways,” and sticks in the mud, it’s just that some women find the enthusiasm and natural energy of younger guys a welcome change in their life.

5. They’re Generally Able to Give You What You Want

Arguably, one of the best advantages to dating a younger man is that they are usually willing to give you the type of relationship you want. Unlike many older guys that may be looking for long-term commitment, a lot of the younger generation are open to the idea of having a “casual fling.” Conversely, if you’re looking for something long-term, many on the younger side are willing to have an exclusive relationship with you. As long as you know what type of relationship you want, there’s a lot of younger men that are more than willing to give you exactly what you’re looking for.

Forget what other people may think or say. Society may be somewhat uncomfortable with you dating younger men, but there are several advantages that can enhance your life for the better. Not only will he usually be excited about being adventurous in the bedroom with you, he’s usually interested in your experiences as well. You not only have a willing and eager sexual partner, but someone who wants to learn from you too.

Previous article10 Daily Mantras to Improve Your Life
Next articleI Believe in You! (You Should Too)