Natalie Portman stars as a ballerina, Nina Sayers, who has won the lead role in Tchaikovsky’s “Swan Lake” taking the place of prima ballerina Beth Macintyre, played by Winona Ryder. Portman certainly earned the Best Actress Oscar she received for playing this role.

Nina also lives with her mother, Erica, played by Barbara Hershey. Erica is frightening in her own right because of the control that she has over her daughter. She obsesses over every aspect of her behavior from her diet to the times when she scratches her skin until it bleeds. Although, as in other aspects of the story, sometimes it is hard to tell the difference between what really happened and Nina’s hallucinations.

Nina may be the artistic director’s first choice, but Nina has competition. Lily, played by Mila Kunis, also makes an impression on Thomas Leroy, the artistic director played by Vincent Cassel. The lead ballerina in “Swan Lake” must play the dual roles of the white and black swan. The white swan is innocent and graceful while the black swan is sensual and filled with guile. Nina is the epitome of the white swan while Lily personifies the black swan.

Nina is determined to become both aspects, the white and black swans. By striving for perfection in her performance, Nina gradually loses herself, becoming entangled in unceasing rivalry, jealousy, and grotesque hallucinations.

The movie is visually stunning and every aspect of the make-up, costumes, and other visuals contribute to the growing horror as we watch Nina (Portman) lose her identify in her pursuit of perfection. At times it is difficult for the viewer to separate reality from Nina’s hallucinations raised by her fear and lack of self-confidence.

The Dance sequences are beautifully choreographed by by New York City Ballet star Benjamin Millepied. Natalie Portman may not be a ballerina, but her dancing in this film is completely believable.

Bottom line? The movie is worth your time. Despite the fact that it occasionally descends into cliched horror tropes, it is still compelling and enjoyable. I liked it, and I hope that you will too.

Buy it on Amazon: Black Swan 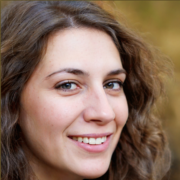 A Little Brag... and a Little Advice

You Can Control Your Destiny