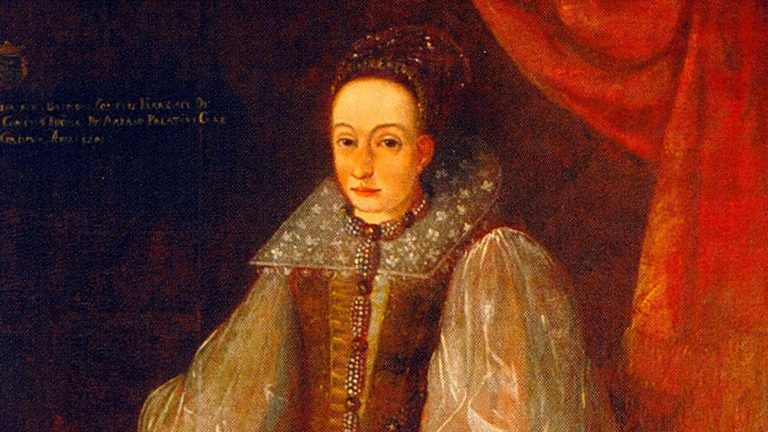 I have no idea if this falls under “entertainment” but I am fascinated by the story of “The Blood Countess” Elizabeth Báthory. She is credited with being one of the most prolific serial killers to date. And if you love true crime stories, you may know that female serial killers are rare.

Her story is fascinating and has influenced vampire tales of horror for centuries. I wanted to share this today because August 7th is Elizabeth Báthory’s birth date. If you’ve never heard of her, sit tight and keep reading.

The Making of a Serial Killer?

Born in the year 1560 in Hungary, Elizabeth was raised on an estate in Transylvania. She was born into privilege; Elizabeth was related to the King of Poland, her cousin the Prime Minister Thurzoa, and her kin included princes, bishops and cardinals.

From historical text, Elizabeth Báthory reportedly suffered from fits of uncontrollable rage and promiscuity. At the age of 14 she was whisked away to hide a pregnancy from her affair with a peasant. By the time she was 15 she married Count Ferencz Nadasdy, a warrior who was away on many battle campaigns.

In the psychology of things, some may argue either side of inherited or learned traits. In the case of both Ferencz and Elizabeth, they were said to have madness and cruelty as family traits. Perhaps Elizabeth was born a psychopath but there is a strong belief that the Count taught his young bride the ways of torturing people to keep her happy and occupied.

A Serial Killer Hones Her Skills

Elizabeth reportedly tortured young girls but forcing them to strip down in the dead of winter and doused her with water to watch her freeze to death. There were accounts of Báthory beating her servant girls to the brink of death, revive them and do it again to assure as much torture as possible. There are other reports that she spread honey over the body of a naked servant girl to watch the insects feast on her body.

Terrible rumors of women and girls never emerging from the Báthory manor had been circulating for years but with Elizabeth’s family connections and the political and economical hierarchy of the day, those disappearances were never investigated, that is until the daughters of lower nobility began to go missing.

In the year 1609, around Christmas time, men sent by the king entered her castle and found evidence of true horror. Dead bodies seemed to be everywhere. Some were completely drained of blood, all tortured, cut, or burned. Most were beaten beyond recognition. Survivors of the Báthory manor were found caged and tortured as they awaited their terrible death.

Elizabeth was not alone in her killing spree. Her accomplices in torture, murder, and the dark arts confessed to helping her kill approximately 80 girls for pleasure. As if that wasn’t cruel enough, Countess Elizabeth never stood trial for her crimes because of her family connections. She was, instead, reportedly confined to a room with a sturdy wall built around her and thus the punishment for her crimes was confinement until death. She died four years later on August 21, 1614 at the age of 54.

A ledger was found which held more than 650 names – well beyond the 80 that the accomplices eluded to. One can only wonder if the horror stories of torture, sexual deviance, and cannibalism are accurate. I suspect there were many more peasant girls and servants who were laid waste by the Countess.

Elizabeth Báthory supposedly bathed in the blood of her victims in order to keep young and beautiful. This was never substantiated but one can see the influence her life has had on the vampire tales of today.

Imagine my surprise upon finding out this woman may have birthed five or more children. They, like Elizabeth, were raised by governesses but I can only ponder how I would describe a mother such as she. I love my mother but… she tortures and kills people to bathe in their blood. That might not get me too many invitations to parties.

Perhaps you’ve never heard of Elizabeth Báthory but to date, she is considered one of the most prolific female serial killers in history. And if you were born on August 7th, you have something in common with her. HAPPY BIRTHDAY!