Finding The Beauty in Our Differences 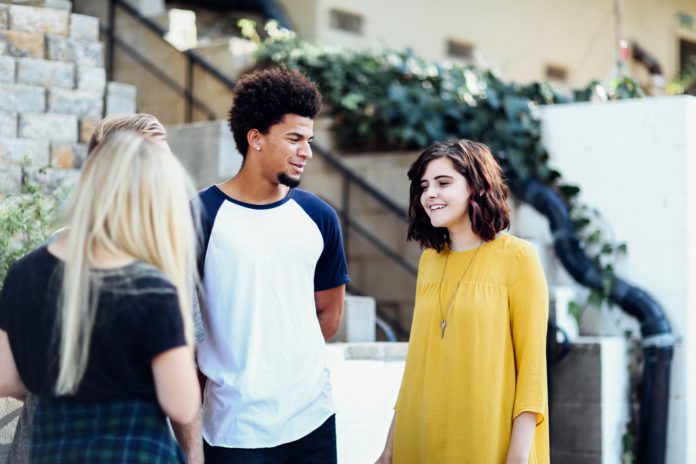 If you are not aware by now that we are all different, then you’ve been living under a rock in Antarctica. The thing is, we shouldn’t be letting those differences keep us apart. There is beauty in our differences and once we can see that beauty, we’re on our way.

Children are like sponges. As they grow up, they absorb the beliefs of those around them just as a sponge soaks up water. Unless we teach them otherwise, children do not fear people who look different or those who follow a different religion. They don’t hate people with different sexual preferences or gender identities. They might find these differences curious but they won’t automatically hate and fear.

It is your job as a parent to teach children that humans are more alike than different. Skin color, religion, and sexual identity are variations, not abominations. Being a good role model for your children is a good start. You have to back up the beliefs you model by discussing them with your child. Make it clear to your children, grandchildren, nieces and nephews the it is the differences between us that make things interesting.

It is also important to discuss the protests and unrest in the world. Discuss why Black Lives Matter is not saying “Black lives matter more” but “Black lives matter too.” Why are LGBTQ people fighting for equal treatment? Talk to them about it. Explain that some people see ugliness where is beauty. Make it clear that everybody deserves equal treatment and has a right to ask for it.

I have a son who is nearly 24 years old. I consciously made an effort to teach him to respect people who are different. We pointed out examples of intelligent attitudes towards others and discussed racist, homophobic, and bigoted behavior and explained why it is wrong.

I am proud to say that my son is angered by intolerance. So what? My son will pass those feelings along to his children. He wants to do something about it and maybe he will. After all, he wants to be a director; maybe his movies will make a difference. The best way to improve our relations with people who are different from us it to teach the children and make sure that they pass it along as well.

Media Shows the Beauty in our Differences

Media is important and makes a great tool to get your message across. Books, television shows, movies, and video games can all show us the beauty inherent in the human race. And we need to focus on that beauty.

More and more books, movies, and TV shows are available that model the way things should be. For adults, shows like Law & Order in its various incarnations discuss the problems and shows like Modern Family (I miss them already!) show us the ideal. The beauty of the relationships in Modern Family is that, despite the differences, when push comes to shove, the Pritchetts and the Dunphys support each other.

Shows like Sesame Street show kids a diverse group of people getting along, respecting each other, and treating each other equally. Children’s shows and movies consistently give examples of the way you should treat your fellow man (or woman!) either by simply showing you the right thing to do or commenting on what people do wrong.

Something you may not know if you’re not as old as I am, is that Mr. Rogers gave a concrete example without making any fuss about it. I’ve included a link to the video where he bathing his feet in a kiddie pool, and, when the Black policeman stops by, he invites the man to join him. This seems a small, unimportant thing, until you consider that it was done at a time when people were rioting because they didn’t want Black people swimming in their swimming pools.

We also need to make children aware that the definition of “family” is changing. It is clearly possible that “couple” can describe, a man and a woman, two men or two women. They may have children and the children might be any combination of children from a previous relationship, children from this relationship, or adopted/foster children. The family can include other relatives as well: grandparents, aunts and uncles, cousins, you name it.

The key to all of this is that we must actively teach our children and grandchildren that, while we are all different, we are more the same. We all want a safe, comfortable place to bring up our children, we all want them to become the best people that they can. There are narrow-minded people in the world who are more concerned with making us afraid of our differences, the ones who want us to see ugliness rather than beauty in our differences, so we must work to spread not tolerance but understanding and respect.

You cannot make a beautiful tapestry if all the threads are the same. We need to have difference colors and textures to combine into a single beautiful image. They key is to learn to find the beauty in those differences.

Previous articleWhen it Comes to Happiness, Is Romance Important?
Next articleStop Asking Questions You Don’t Care About

Irene P. Smithhttps://irenepsmith.com
Irene is a hybrid Technical Writer/Programmer with over 30 years' experience. She was a Contributing Editor to PC Techniques Magazine and also wrote for such magazines as CodeWorks and PC Hands On. Irene lives in New York State about two hours Northwest of New York City, on a quiet street with her husband, her son, and her mother.