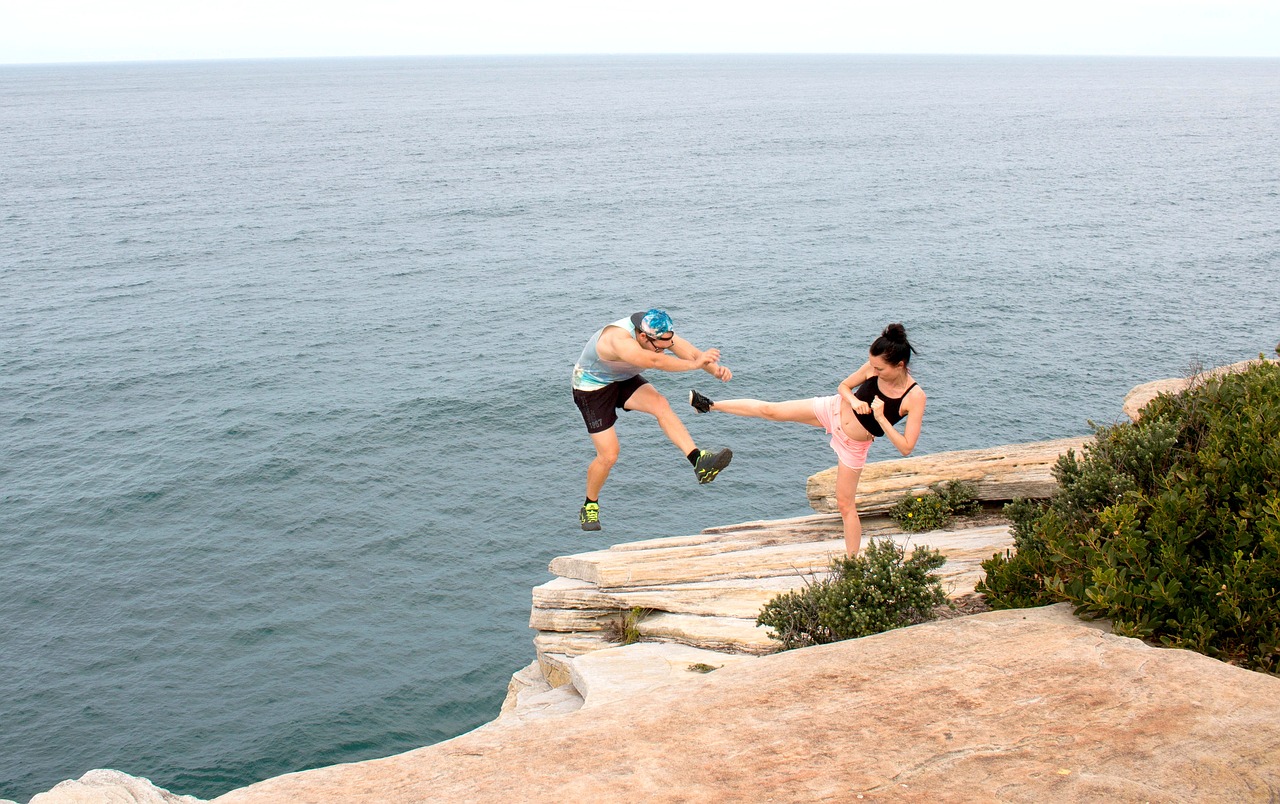 Pop culture is littered with female characters known for kicking ass and taking names. And in the annals of Hollywood geekery, there are characters that we tend to return to again and again as icons of the same: Ellen Ripley. Sarah Connor. Buffy Summers. But in the 21st century, we’ve seen the rise of whole new generation of women who aren’t afraid to mix it up and get their hands dirty, and they deserve a place alongside the badasses of yore.

While there have been plenty of B-movie action stars over the years, the vast majority of them have been men. Milla Jovovitch has proven the most prominent exception to this rule, cementing her place among action movie heroines in this loose adaption of the video games of the same name.

While Alice would go on to star in rest of the Resident Evil film franchise, it’s really in the first movie where she shines the most, an amnesiac in a slinky red dress who has to rediscover her own past all while fighting off a horde of zombies. Jovovitch able plays Alice as both vulnerable damsel, unsure of whether she’s victim or perpetrator of the undead menace, and audience surrogate, eliciting needed exposition as someone who, quite literally, has no idea what is going on. And when the time comes to step into the role of ruthless survivor, she does that as well, taking over and leading a rescue op when things inevitably go sideways. The RE franchise has had some serious highs and exceedingly deep lows, but there’s a reason Alice has remained at the center of all the gorey zombie mayhem.

From the moment Chalize Theron smeared a band of black oil across her face, glaring at the camera with her thousand-yard stare, audiences knew they were looking at a new sci-fi icon. A one-armed soldier unwillingly conscripted into Immorten Joe’s post-apocalyptic death cult, Furiosa inhabits the Mad Max universe so thoroughly, it’s honestly a surprise that it took until the fourth film for her to appear. Though George Miller’s action masterpiece is sparse on dialogue, the movie nevertheless manages to tell a complex tale of survival and redemption through Furiosa’s character. The setting and small hints of backstory – the loss of her mother, the suggestion of crimes she’s committed – provide the reasons for Furiosa’s rescue of Joe’s sex slaves, while her interaction with an equally traumatized Max shows her capacity for practical empathy and ability to grow.

A victim-turned-blood-soaked-avenger, Furiosa lives up to the rage embodied in her name, giving us one of the most memorable cinematic characters of the last twenty years.

Rian Johnson’s The Last Jedi occupies a bit of controversial space among Star Wars fans, with some viewing the film as a fantastic deconstruction of typical Star Wars tropes, while others see it as a betrayal of the essential themes of the universe. And no character ended up getting more analyzed through that schizophrenic lens than Laura Dern’s Vice Admiral Holdo.

Tall and dignified, with a shock of bright purple hair, Holdo looks more like a space-faring diplomat than military leader, but don’t let that fool you: Holdo cares little for fools and even less about whatever hero’s journey the male characters think they may be on. Focused almost entirely on the essential survival of the Resistance, Holdo treats her military assets as assets, to be used and sometimes even sacrificed if it means more of her people live to fight another day. And while not uncaring, she views the chain of command as essential to that all-encompassing goal, ultimately bringing her into conflict with protagonists Poe Dameron and Finn. However, it’s really her final scene, in which she goes out in a blaze of glory that dims all other blazes, that cements her status as a true badass.

One of these days, Taraji P. Henson will finally find a film role that takes as much advantage of her talents as shows like Empire do. Until then, we have Proud Mary, a thoroughly average action film that gets elevated through Henson’s ability to emote both maternal warmth and steel-eyed intensity in equal measure.

A hitwoman grown tired of the life after a job inadvertently orphans a young boy, Mary shares some similarities with Furiosa in her attempts to rectify wrongs from her past. But where Furiosa comes from a broken world of masculinity run amok, Mary occupies a place of twisted family, where her inability to leave has less to do with circumstance and more to do with genuine loyalty. It’s only when confronted with the possibility of seeing someone else fall victim to the same scenario which made her a killer that Mary ultimately decides to cut ties with the men who trapped her in a violent life. With her departing shoot-outs on her way out of Boston’s underworld in a few decent set pieces – and one straight up spectacular one set to the titular song – Mary Goodwin may not be the first name in badassery to spring to mind, but she does at least deserve an honorable mention.

While there have been plenty of ersatz versions of Superman running around various comic universes since the former’s creation, most of the time they’re, well, men. And then there’s Carol Danvers, the MCU’s Captain Marvel.

Originally going by the name Ms. Marvel in Marvel Comics, Carol took on her current nom de plume as a tribute to the original Captain Marvel (it’s a long, long story about copyright) and started getting her stats beefed up. By the time she hit the big screens in the personage of Brie Larson, she’d firmly taken on the role of powerhouse in her own title and was poised to become an A-list hero. Like a lot of others on this list, Carol has her own journey of redemption to make, but instead of being ground down by it, she uses it to reassert herself, the embrace of her own identity leading her to be far more powerful than when she subsumed herself to the gaslighting Kree. By the time she appears in Avengers: Endgame, Thanos’s ships turn their weapons away from a whole army of superheroes to concentrate their firepower solely on her, as they futilely try to avoid becoming so much scrap metal. And if that doesn’t define Captain Marvel as the biggest badass in the Marvel universe, nothing else possibly could.