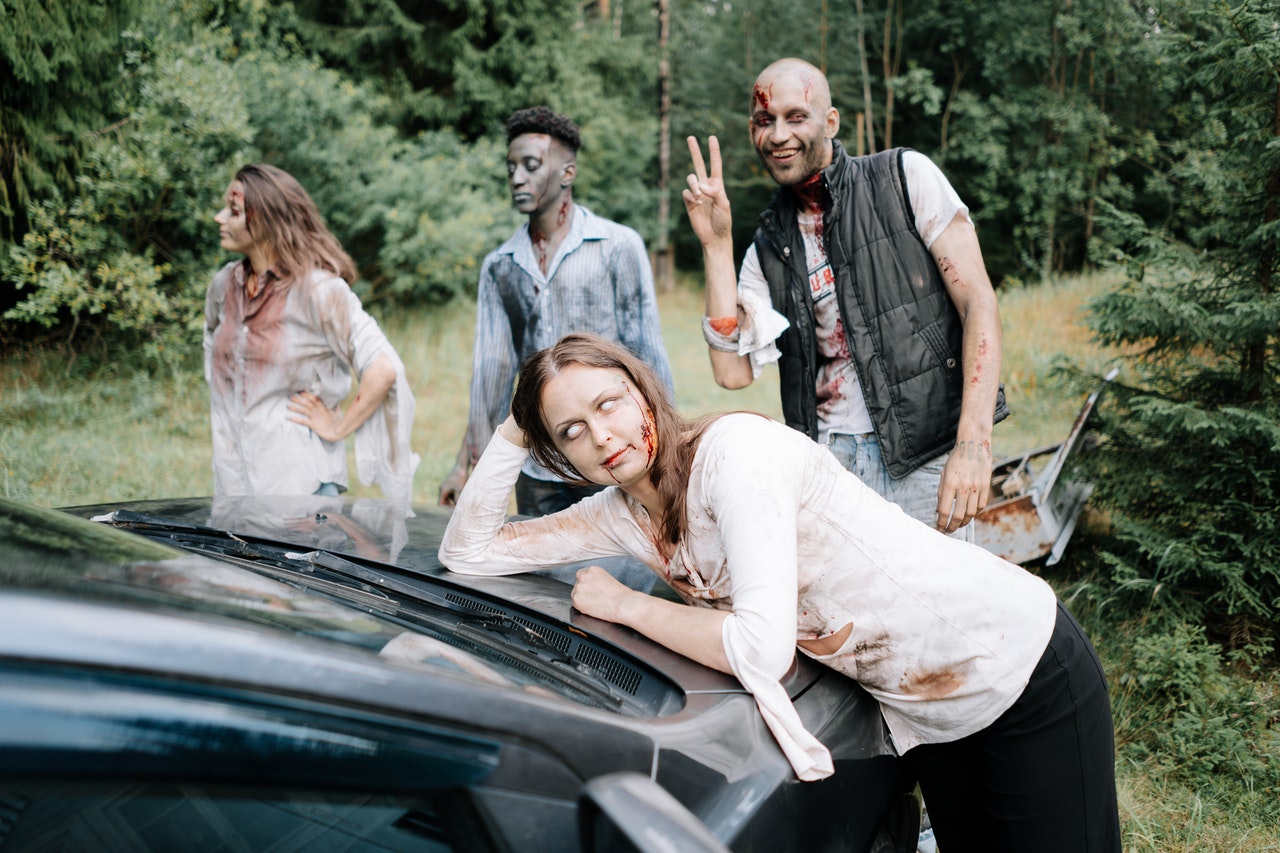 You may have noticed in our list of best horror-comedies there was a distinct lack of one type of horror villain: the zombie! That’s because zombie films have developed their own particular horror-comedy niche, a sub-genre of a sub-genre, if you will, providing a whole long list of films focused solely on the lighter side of the walking dead.

With that said, there’s plenty to recommend these movies, with films focused on the ways their characters disconnect and reconnect with each other. So with that in mind, here are five classic zom coms ready to go for your Halloween movie marathons.

Johnny (Andrew Lowery) just wants to impress long-time crush Missy (Traci Lind). But when a staged robbery becomes the real thing, Johnny sacrifices himself to save her. Still, determined as ever to at least go on one date, Johnny returns from the dead with only one minor problem: a certain minor craving for human flesh.

While most people would probably attribute the start of the zom com to Shaun of the Dead, the genre well predates it, as this oddball black comedy can attest. It’s definitely an of-its-time film, with some of the jokes just not landing nearly thirty years later and makeup effects clearly operating on a budget. That said, there is some goofy charm to the affair, with Johnny’s parents doing their best to embrace his new – ahem – alternative lifestyle and a minor role featuring a pre-famous Philip Seymour Hoffman. It’s also one of the few zom coms out there that acknowledge the body horror of a slowly decaying body, though it keeps those elements fairly bloodless. So if you’re looking for something a little less gory than your average zombie flick, it has you covered.

Shaun (Simon Pegg) seems content to remain aimless in his mid-twenties, sleepwalking through his career, his romantic relationships and his familial obligations, like some sort of shuffling… something. I’ll think of the word in a moment. Oh, also, the zombie apocalypse has started.

As noted above, the zom com may have predated Shaun of the Dead, but it was Edgar Wright’s breakthrough film that brought the genre into the mainstream. Occasionally wry, more than occasionally absurdist and an endless gallery for top tier British comedians, the film is an excellent satire of the ways people – and specifically twenty-somethings – can disconnect from the world so thoroughly they fail to notice the important things. Like job opportunities or family trying to provide support or zombies eating the local convenience store clerk. Often sincere but not sentimental, the film remains a classic of the both the zombie and comedy genres for a reason.

Columbus (Jesse Eisenberg) has, unexpectedly, survived the first wave of the zombie apocalypse. Now making his way back home to check on his parents, he has created a list of rules to survive in the new undead-infested world, rules that might not be so useful after all when he starts running into and traveling with other survivors.

Zombieland, much like Shaun of the Dead, uses a lot of its zombie-fueled mayhem to examine the ways people disconnect from each other, with the former taking it even further. Its main characters won’t even share their real names, referring to each other only by their hometowns, and even then, that information might itself be false. The movie also borrows more liberally from comedies like The Office, with Columbus narrating asides that have nothing to do with the main plot but provide some of the biggest laughs. Though not as tightly written as Shaun – the plot, much like its characters, can meander a bit – its influence on pop culture and zombie films, especially in its rules of survival, can’t be denied.

R (Nicholas Hoult), like twenty-something Shaun before him, seems mostly to be just wandering aimlessly through life. Though he has a better excuse, since he’s been turned into a zombie and his higher brain functions aren’t quite firing on all cylinders. But a chance run-in with apocalyptic survivor Julie (Teresa Palmer) starts him down an unexpected path.

Though hardly the only film on this list with a narrator, it is one of the few films out there told from the point of view of a zombie. As R hardly speaks in real life, the audience relies mostly on his dry, interior monologue to get to know him and the very weird culture that has developed among the zombie community. The film also takes it’s romantic comedy side a bit more literally as well, with R and Julie’s developing romance given plenty of room to breathe (well, so to speak). Though not quite as consistently funny as Shaun of the Dead or Zombieland, Warm Bodies has a sweet center focused on emotional connection.

Dave (Alexander England) has just broken up with his girlfriend, has a life that doesn’t seem to be headed anywhere and is only chaperoning his nephew’s field trip as a way to impress kindergarten teacher Audrey (Lupita Nyong’o). It doesn’t seem like his luck could get much worse until a zombie outbreak hits.

The biggest flaw with Little Monsters is its focus on Dave when the real star of the film is Nyong’o’s Audrey, a talented teacher turned warrior in a yellow dress when faced with the daunting task of protecting an entire bus full of five-year-olds from the undead hordes. She’s a far more fun and engaging character, buoyed along by a geeky script that manages to parody American militarism while making a remarkable number of Star Wars references. If you missed the movie when it came out on Hulu late last year, take the opportunity this spooky season to give it a shot. If nothing else, you’ll have one more heroine to add to your favorite final girls list.

And that’s the list! What other comedy movies with zombies do you think need a shoutout? Comment below and let us know what you think!

Previous articleCat gives woman a heart attack
Next articleTaking It Like a Woman: The Power of ‘I’m Speaking’

Amanda Koprowski
Amanda Koprowski spent nearly ten years working in non-profits and community organizations before deciding to pursue a career in her primary passion, writing. She previously worked as an editor for Drama Around the Globe, ABF Journal and Monitor, having written and edited articles on such eclectic topics as Marxist actors, women in equipment financing and lawyers who specialize in turnaround management for troubled companies. She currently contributes articles to 4b.world. Amanda lives in Philadelphia, with two cats, several bottles of wine and an embarrassing number of books.