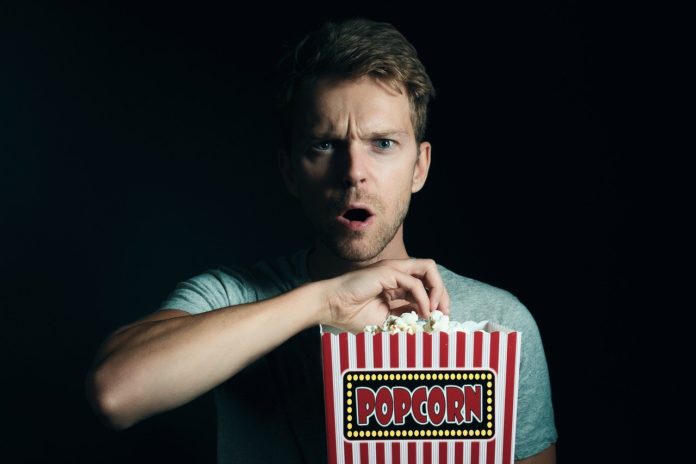 It’s October, and that means we’re counting down to your humble columnist’s absolute favorite holiday: Halloween! All month long we’ll keep to the spooky, the ooky and the all-around kooky as we take a look at some of the best horror and dark fantasy films ever made, with a special emphasis on female-led and created properties.

This week, we’ll start off a little lighter with a look at one of the weirder but most enduring sub-genres out there: the horror-comedy.

In this second sequel to The Evil Dead, an average big box store clerk (Bruce Campbell) gets hurtled backwards through time, only to find he’s required to battle off hordes of the undead in order to return home. Luckily, he’s got an Oldsmobile, a shotgun and a chainsaw to help him with that.

The last installment in Sam Raimi’s original Evil Dead trilogy, this cult favorite does a good job of catching new viewers up on the previous films while going off in its own unique direction. Anchored by the always enjoyable Campbell, the film has endured as an endlessly quotable piece of pop culture, cribbing inspiration from everything from Mark Twain to The Day the Earth Stood Still to classic Westerns, all delivered in Raimi’s signature gonzo style of filmmaking. So, if you still find yourself occasionally confused by Internet references to boomsticks, crack open a cold one and settle down with some friends to watch this classic horror-comedy.

A group of defense contractor employees head off to Eastern Europe for a corporate retreat, but a wrong turn sends them directly into the arms of a sadistic band of cannibals. Or are they escaped patients from an asylum? Or maybe a group of war criminals? Well, they’re still sadistic at any rate.

What Shaun of the Dead did for zombie films, Severance does for slasher flicks, adding a generous helping of British absurdity and humor to classic horror tropes. The movie had an initially successful run on the film festival circuit before suffering a blink-and-you’ll-miss-it theatrical release, making this one of the more obscure choices for the list. But this is honestly one of the funniest films of its kind, creating both a dark satire of corporatism and a fond tribute to its roots in seventies and eighties horror. If you were always a little disappointed The Office didn’t include more gratuitous, over-the-top violence, this is the movie for you.

Tucker (Alan Tudyck) and Dale (Tyler Labine) are two good ole’ boys who just want to spend a quiet weekend fishing out at their quaint little cabin in the woods. Unfortunately, a group of good-looking college students keep dying in unexpectedly bloody fashion everywhere they go!

Similarly to Severance, Tucker & Dale draws most of its inspiration from slasher films. However, rather than keep everything centered on the would-be victims, the story instead examines events from the point of view of the characters who would normally be the villains. By using this flipped script, the movie cheerfully examines and deconstructs the usual cliches of the genre, all while still providing some classic slasher-esque kills. Tudyck and Labine also have great chemistry with each other, upping the panic and confusion of their characters to hysterical heights, while grounding their friendship in a genuine emotional connection.

Sorority girl Tree (Jessica Rothe) has no interest in celebrating her birthday, which is just as well, since the day ends with someone killing her. Luckily for her, a twist of fate means she immediately starts the day over again at the moment of her death, giving her the opportunity to do the one thing most victims can’t: solve her own murder.

Turning Groundhog Day into a horror film seems like such a perfect idea that it’s honestly shocking it took nearly 25 years for someone to actually make it one. The result is, as the name would imply, a schlocky delight, equal parts slasher and comedy. Rothe is a treat as Tree, hitting the right comedic notes in her time loop montage while also capturing the slow boil of existential dread that her repeated murder starts to take on her. Though the film feels a little anticlimactic in its final confrontation, the rest is so much fun, it just goes to prove, like all good time loop fiction, the journey is more important than the destination. It also has an equally funny sequel, Happy Death Day 2U, in case you weren’t getting enough time loops in just one movie.

Grace’s (Samara Weaving) wedding night is a little stranger than most when her in-laws insist on a peculiar tradition: choosing a random children’s game to play with the newest family member. Which, hey, it’s eccentric, but that’s family for you. Or so Grace thinks, until the game starts turning deadly.

Ready or Not is probably the most traditional horror film on the list while still delivering genuine laughs. An examination of class warfare given much more literal form, the movie takes on generational wealth, the ways women are forced to become side characters for men’s stories and the ravages of a hierarchical system that rewards abusive behavior, all couched in the bloodiest game of hide and seek you’ve ever seen. The movie also enjoys using technology to throw in its own brand of off-beat humor, whether it’s characters desperately Googling how to operate a crossbow in the middle of a hunt or Weaving’s escape foiled by an overly cautious OnStar employee. Ready or Not, in both its humor and its politics, feels very much of this moment, making it a good way to start closing out 2020.

Previous articleThree Sex Toys Every Woman Should Own
Next articleFringe Is Back!

Amanda Koprowski
Amanda Koprowski spent nearly ten years working in non-profits and community organizations before deciding to pursue a career in her primary passion, writing. She previously worked as an editor for Drama Around the Globe, ABF Journal and Monitor, having written and edited articles on such eclectic topics as Marxist actors, women in equipment financing and lawyers who specialize in turnaround management for troubled companies. She currently contributes articles to 4b.world. Amanda lives in Philadelphia, with two cats, several bottles of wine and an embarrassing number of books.