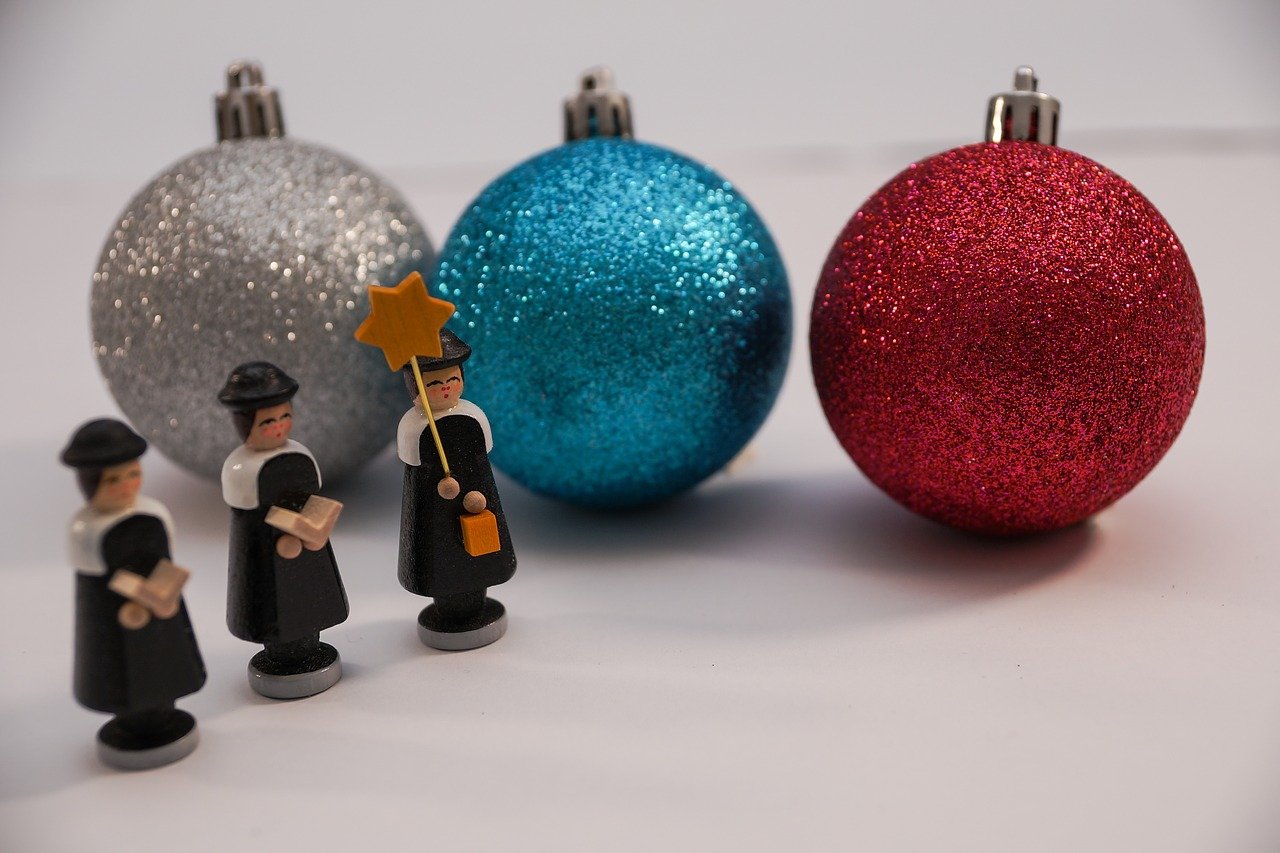 Thanksgiving is over – barely – and December hasn’t quite started yet, but let’s face it: the winter holidays are here. While this year’s festivities are bound to be a little quieter with the ongoing COVID pandemic dampening many travel plans, that doesn’t mean there aren’t some bits of normal holiday traditions that can’t still be enjoyed.

For the next few weeks, Friday Five will provide lists of pop culture focused on the holidays, some you may have heard of, some you maybe haven’t but all intended to provide entertainment for those who love this time of year (along with some who really don’t). To start you off, here’s a short list of songs to add to your holiday playlist and get you in the mood for the next few weeks.

Meet Me in St. Louis isn’t primarily a Christmas movie, but it’s best known song has subsequently become a holiday standard. While there are several different versions by several different artists, it’s the original performance with its combination of both sentimental and melancholic lyrics that provides the biggest punch.

Sung by Garland to comfort her young onscreen sister, the song is less about Christmas in particular then in the familial traditions surrounding it and the feeling of both nostalgia and loss when that family is unable to come together. While the song offers a hope of better times in the future, it acknowledges the  sadness of the current moment of separation and allows the narrator to linger on them appropriately. Which may make this the ultimate song with which to close out 2020.

Sung not by the narrator of the original adaptation of How the Grinch Stole Christmas, Boris Karloff, but by a man whose name is clearly that of a character Karloff would have played, “Mr. Grinch” is an unavoidable earworm, a children’s song so ridiculously catchy it’s difficult not to find the adults singing right along.

The funny thing about it is the fact that the song, despite coming from such a well-known piece of Christmas media and itself now so ubiquitous, doesn’t mention the holiday at all. And yet its list of the Grinch’s failures, foibles and general unpleasant features somehow still manages to fit naturally into the more hopeful collections of Christmas-themed music. After all, virtually everyone knows at least one Grinch in their life who’s gone sour on the pomp and circumstance of an overdone holiday; don’t the misanthropes deserve at least a little acknowledgement during this time of year as well?

If “You’re a Mean One, Mr. Grinch” is a Christmas song about misanthropes, The Pogues’ “Fairytale of New York” is one specifically made for them. A ridiculously catchy tune about spending Christmas Eve in an NYPD drunk tank, the lyrics are cynical, profane and weirdly nostalgic, all backed by an Irish-inspired musical accompaniment. The song is also very specific to its setting in New York, laid out by its narrators in all its dysfunctional glory, both celebrated as a place of dreams and a city that let’s the addicted fall through the cracks into toxic and damaging relationships.

Though not exactly the soundtrack for a cheerful Christmas, it at least captures a little bit of the exhausted disillusion that can develop over the winter, perhaps letting you indulge your own inner Grinch, if maybe only for as long as the song’s drunk protagonist keeps complaining over the bagpipes.

Written by Gordon Lightfoot back in 1967, this isn’t actually a holiday song and just going by its lyrics, it doesn’t even seem to be a particularly happy one, as the narrator longs for their missing lover. But that said, there’s something inherently cozy about it, especially the cover here by Sarah McLachlan.

Evoking images of winter nights spent by the fire, warm drink in hand, the song combines the romantic with a bittersweet undertone, the lyrics balanced between the narrator’s environment and their emotional reactions. The combination ends up working as a perfect addition to a holiday playlist, providing a nice background of winter themes to more traditional tunes.

Speaking of traditional, this modern classic has become one of the go to songs for the holiday season, and it’s not hard to see why. Poppy, cheerful and unashamed of its Christmas themes – it premiered on Mariah Carey’s first holiday album, after all – “All I Want…” tends to inspire a head-bopping reaction as soon as it starts playing. Part of its fun is its callbacks to childhood wishes for a happy Christmas countered with the very grownup romantic longings of its narrator. And part of its fun is the arrangement and performance, playing to Carey’s strengths and allowing her to show off her famously large range.

While many of the songs on this list may be a little melancholy or cynical, with this one seeming to fit right in as the perfect anthem for a coronavirus Christmas, it maintains its optimism in its anticipation of the holiday, instead of reflecting on its previous shortcomings.

And that’s the list! What other songs of the holiday season do you put on to get in the mood? Comment below and let us know what you think!