Welcome to Friday Five, a new column dedicated to all things pop culture. Every week, we’ll put together five recommendations for you from the worlds of film, television, books and music, each curated to a different theme.

While it probably isn’t a terrible surprise to find out Little Women or Selma were directed by women, female directors have contributed far more unusual and wilder movies to the Hollywood canon, including in genres viewed as much more macho, such as noir, horror and even grindhouse pictures. Turns out – surprise, surprise – women have as varied interests in cinema as men do, which is reflected not only in their audience numbers, but in the topics female directors like to tackle.

That said, sometimes a film from a particular director can still surprise you and can be worth the watch for the topic, the performances or even just the novelty, making them thoroughly unexpected.

Two friends (Edmond O’Brien and Frank Lovejoy) pick up a hitchhiker (William Tallman) on their way to Mexico, unaware that their new passenger is an escaped killer.

Loosely based on the crimes of spree killer Billy Cook, Lupino’s lean and very mean film builds tremendous tension by keeping the focus almost entirely on the growing stress and fear Tallman’s killer places on his hostages, with most scenes taking place either in the car or in the vast desert the three men are traveling through. Lupino had by this point in her career already directed a number of films, mostly focused on social issues such as disability and the aftermath of sexual assault, so a classic noir stuck out a bit. That said, she proved more than capable of tackling a psychological thriller, and it’s a shame she only had the one credited entry into the genre.

Trish’s (Michelle Michaels) parents are gone for the weekend, so she decides to throw one last slumber party for her high school friends, complete with boys, booze and… murder!

There are some films which try to keep their psycho-sexual subtext as subtext, and then there’s Slumber Party Massacre, where the slasher villain’s weapon of choice is a giant drill bit. I’ll be honest: this isn’t a great film, though it’s a treat for those who like to MST3K B-movies trying to exploit the early eighties slasher craze. It pretty much hits all of the genre’s clichés, including gratuitous nudity, cat jump scares and awful ADR. What’s more interesting is the film’s pedigree; while Amy Jones isn’t really a household name as a director, she’s had wild success as a screenwriter and producer, with her writing credits including megahits Beethoven, Indecent Proposal and current medical drama The Resident, which she also produces. Jones is hardly the first female exploitation director, but she’s been one of the most successful out of the director’s chair, making Slumber Party Massacre at least worth watching as a fascinating footnote to an interesting and varied career.

Caleb (Adrian Pasdar), the son of a struggling farmer, is bitten by a female drifter (Jenny Wright) after a date. He shortly finds himself going through abrupt and horrifying changes, as exposure to sunlight causes him to burst into flame, and his tastes start to run to blood.

Bigelow nowadays is far more known for her prestige pictures and is still the only woman to have snagged a Best Directing Oscar. But earlier in her career, she reveled in genre pictures, with Near Dark serving as her entry into the vampire flic. Mashing up tropes from Westerns and horror, the film did poorly at the box office but found a dedicated cult following among horror fans after its release on home video. Bigelow’s vampires stand out for their lack of romanticism, living a nomadic life of blood, violence and bare-bones survival, bordering on the pathetic even as their desperation makes them all the more dangerous. It’s a great, nasty film with little sympathy for its monsters and some fantastic performances from Pasdar, Lance Henrikson and a then-up-and-coming Bill Paxton.

A computer hacker going by the moniker Neo (Keanu Reeves) is caught up in a conspiracy of mysterious agents, underground hackers and violent revolution as he discovers his world isn’t at all what he thought it was.

Though The Matrix came out before either Wachowski had publicly transitioned, the film in retrospect is suffused with trans subtext, from a nagging feeling that the world one exists in isn’t the real one to Neo’s insistence on choosing his own name in the face of the oppressive machine hierarchy. It is also, not incidentally, still one of the best action films ever made, using then cutting-edge bullet-time photography to enhance the surreality of life within the virtual world of the Matrix and to create some of the most visually stunning fight scenes ever put to film. Though the Wachowskis have had a more up-and-down career since The Matrix premiered, the movie absolutely established their talent as filmic storytellers and is always worth another watch.

Patrick Bateman (Christian Bale) exists at the top of the 1980’s yuppie hierarchy, with a life filled with executive lunches, an enormous New York City apartment and an attractive fiancé. But on the inside, he’s an empty shell, reveling only in violent, sadistic kills.

Though Harron’s previous work on I Shot Andy Warhol didn’t necessarily pop her to the top of the list to adapt Bret Easton Ellis’s violently satirical novel, her interest in the intersection of feminism and masculinity probably made her the best choice. Using the novel’s distinctly male voice and point of view as a starting point, Harron runs even further with the critique, tying ‘80s greed-is-good excess directly to the toxic masculinity and dominance power plays Bateman engages in. The film also works to enhance some of the novel’s absurdity with its own brand of dark humor, including the infamous scene of Bateman murdering one of his professional rivals to the tune of Huey Lewis and the News’ “Hip to be Square.”

And that’s our Friday Five for the week. What other films from female directors surprised you or came about unexpectedly? Comment below and give us your thoughts! 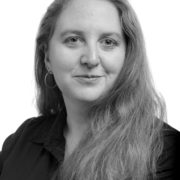 Amanda Koprowski spent nearly ten years working in non-profits and community organizations before deciding to pursue a career in her primary passion, writing. She previously worked as an editor for Drama Around the Globe, ABF Journal and Monitor, having written and edited articles on such eclectic topics as Marxist actors, women in equipment financing and lawyers who specialize in turnaround management for troubled companies. She currently contributes articles to 4b.world. Amanda lives in Philadelphia, with two cats, several bottles of wine and an embarrassing number of books.