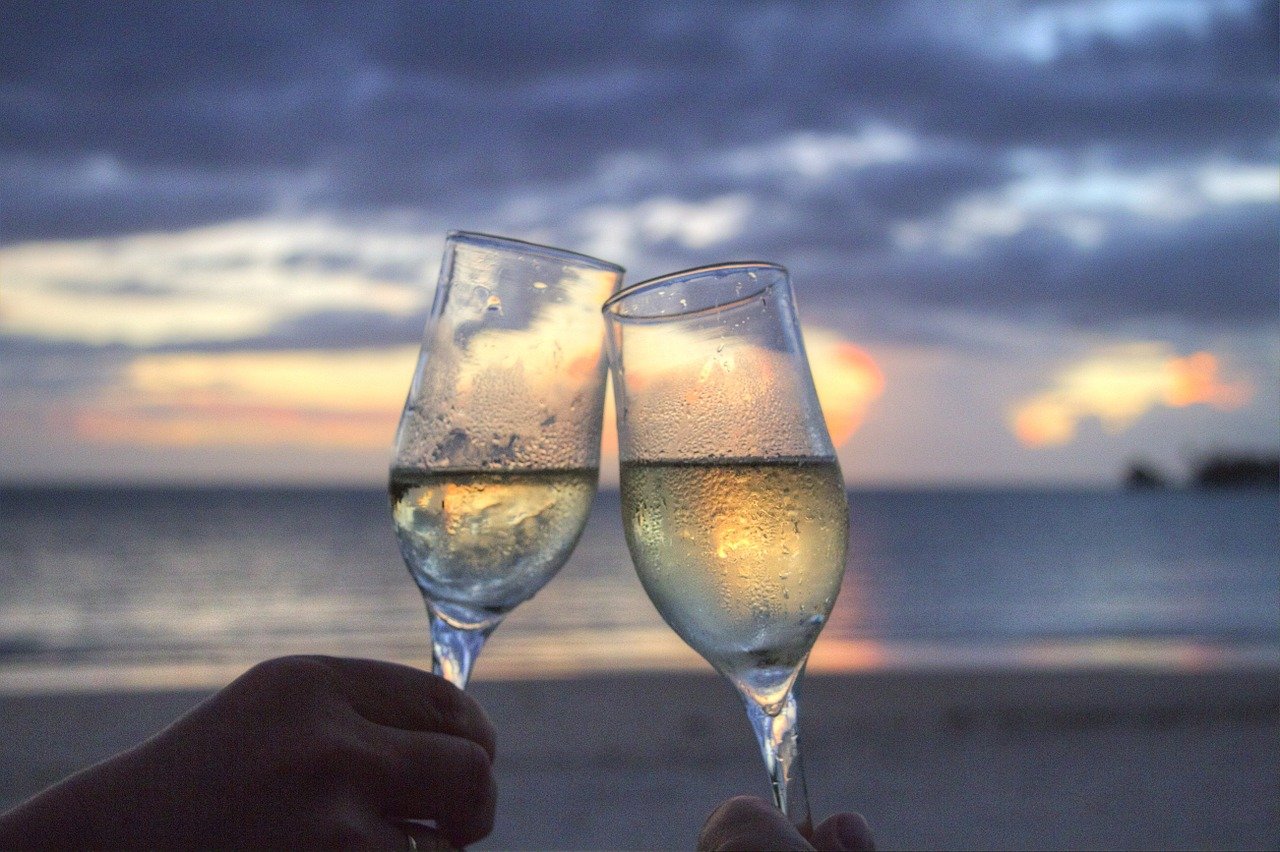 While that’s good for races and deadlines, it’s not good for the continuation of a health journey. I should not stop walking or jogging, writing, or livestreaming because it’s the end of a challenge.

The real purpose of beginning this challenge was to develop GOOD habits.

Glass Half Empty or Half Full?

Then I began to think about how people use this term to associate their personality. Is your glass half empty or half full?

It took a long time for me to reject either and say, “I have a glass and I can refill it any time I want.” Perhaps it is, in fact, a personality trait because I’m stubborn and sometimes contrary, but I’ve learned to listen to my body – my instincts – and reject what people may try to project onto me. I’m also in the habit of ignoring most of the “IN THINGS” and waiting until they’re out of style or favor.

There are other things that might be considered half way. LIFE, for example. I’m no spring chicken and chances are I’m well more than halfway to dead – not that I’m trying to be morbid – just realistic. I mean, if I live to be 100, I might actually be pissed about it. Those are thoughts for another day.

Well, the package reveals are going to be things I need to review and also the crowdfunds that I support. There are a lot of independent creators out there who need some love. They are also small business owners who are trying to make their way.

I’ve also got a new appreciation for comic books – probably because I’m working on a few scripts and getting art done on one of them, and definitely because I love the creative community.

And if you didn’t know, I am an Associate Editor and Contributor at Geek Insider, as well as the Executive Producer of The Geek Insider Podcast. Why not try to merge my worlds?

I absolutely love the art but I think it was the fantasy, blood and dragons that really got me to support this book.

Erick is continuing his work on comics and I highly recommend following him on Kickstarter so you’ll know when he launches his next campaign.

My knees! The last few days my knees have been giving me issues. It’s nothing that a few Advil won’t help but still, today I felt my knees the entire time. Normally I warm up and they stop feeling like pins and needles after a while.

I’ve also noticed that my knees hurt less when I do not sit cross-legged on my office chair – which sucks because I’m usually more comfortable sitting that way and it feels better for my back.

I guess I’ll have to add more stretching into my daily routine – or pop Advil like PEZ candies. I’m sure stretching is way better for me but the latter is so much easier. sigh

It’s the beginning of a new week! Stay positive. Stay productive. And start logging your journey. See you tomorrow!