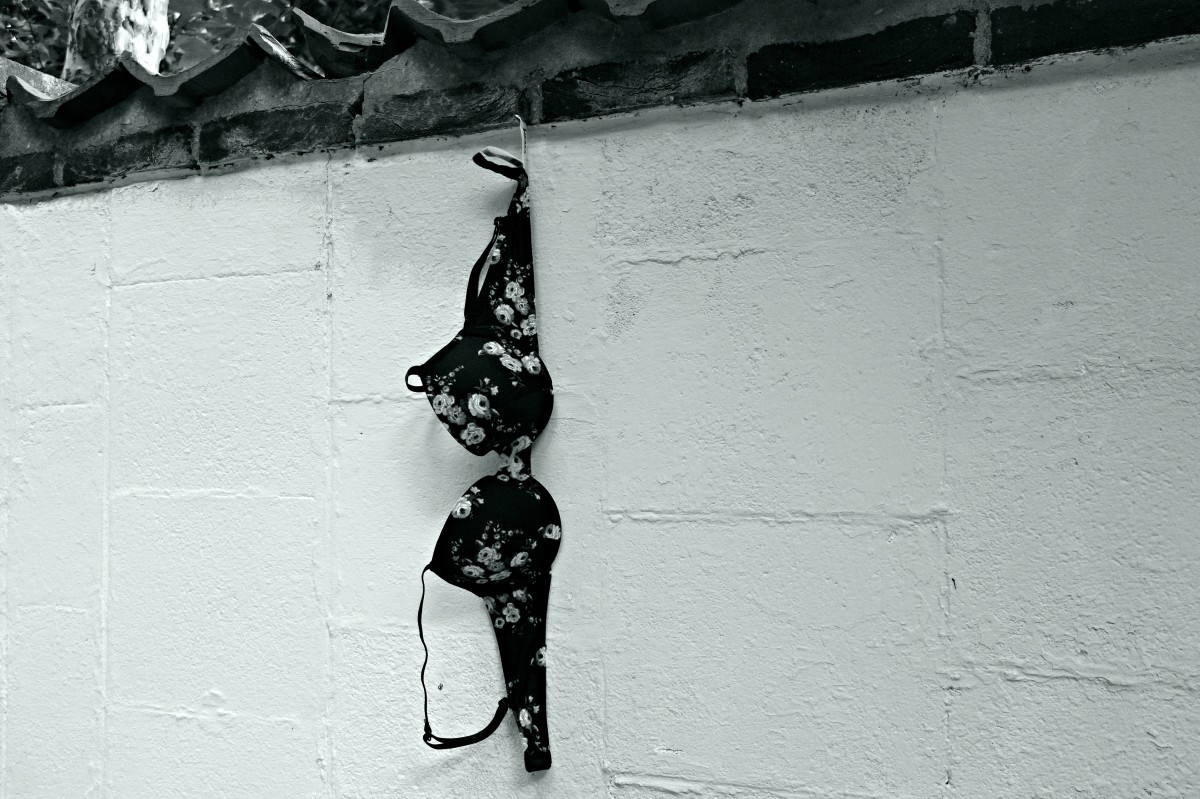 32-A: It’s a number I know better than any number in my phone’s contacts. A personal identifier that is indelibly etched in my mind.

A classification method for describing the size of my breasts.

I’m sure you’ve heard conversations that start out something like this:

“What are you?” a woman asks her friend.

“I’m a 36-C” the friend proudly responds, as though the girth of her boobs defines her personal identity.

Now, there’s simply no denying that breast size and self-image have been inextricably linked in recent years. All too often, it’s the ladies endowed with a small bosom that have disdain for their size. In fact, it’s not uncommon at all to hear them say that they’re considering or have considered have augmentation surgery.

Perhaps I’m fairly alone in this but I’ve always been comfortable with my small ta-tas. As a matter of fact, I love them. A lot of the time if you ask a woman that is extra-endowed, she’ll tell you that having a small rack is a blessing and that you should count your lucky nips that you don’t have to contend with a pair of “big’uns.”

However, some ladies are convinced that they’re misfits and they simply can’t stand the way they look. They resort to padding, “falsies,” or stuffing oversized bras. Of course many of them turn to surgeons in hopes of alleviating their insecurities and turn them into one of the babes from Baywatch or something.

I try not to judge the ladies that go the augmentation route (okay, that’s not entirely true: I happen to think the artificial ravine separating the majority of fake boobs looks horrible), but I can’t help but wonder why so many women aren’t fulfilled until they are, quite literally, filled – with a bag of saline.

I’m a proud member of the itty-bitty-titty-committee and gladly represent A-cuppers everywhere. Not only that, I want to share a few reasons why I feel that my lovely, little lollipops are breast in show.

In Defense of Small Breasts

In other lifetime, well it feels that sometimes, I played high school soccer with a girl that had the hugest pair of fun bags… only they weren’t all that fun for her. Not only did she constantly complain about horrible back pain, but in order to keep her knockers from knocking her on the chin when she ran, she also had to squeeze those oversized ta-tas into three sports bras.

Even with the extra support there was always a virtual horde of horny teenage boys packed along the sidelines just to get a glimpse of those massive knockers bouncing up and down uncontrollably. While I was definitely into boys at the time and would have done just about anything to get one to look at me like that, I remember thinking just how blessed I was to have a pint-sized rack. I’ve been a successful athlete all my life and I’m not sure I would have competed as well as I did if I had a pair of Dolly Partons and a sideline full of drooling horndogs with raging hormones to contend with every day.

I’ve heard numerous ladies that are well-endowed complain about men with roving eyes that seem to have the annoying tendency to drop below neck-level. Of course, sometimes there’s just no hiding those humdingers, which can make a large-chested gal’s dilemma ever the more frustrating.

It’s like the infamous quote from Joe Simpson about Jessica’s boobs, “She’s got double Ds, you can’t cover those suckers up.” Of course setting aside the creepiness of him being her daddy, there’s truth in them there words. Thankfully, not anything I’ll ever have to deal with.

Don’t get me wrong, I haven’t completely sworn off bras. A set of high-beams trying to burst through my top while at work can be rather embarrassing. Not only are most bras uncomfortable after an hour or two at most, they’re hot as hell and I live in the south. I cannot tell you how nice it is to be able to go to the store or even out to eat without having to strap down the girls.

4. I look good in slinky tops.

I was shopping recently and at one point I came out of the dressing room in a very sexy halter shirt. I stood at the mirror, admiring just how good I looked when I heard a nearby shopper exclaim, “Oh my God, I have to try that on!”

The fabric draped gracefully along the sides of my torso, delicately framing my small hush puppies and subtlety hinting at what lay beneath. An employee tracked down the other shopper’s size and several minutes later she emerged from the dressing room next to me sporting a pair of tamales resembling those of Victoria Beckham.

As soon as she stood next to me at the three-way mirror, a look of dejection washed over her face. It was more than obvious that her oversized rock-hard boobs were fake and while I figured that it was quite likely that she had purchased this pair of Zeppelins in order to feel more confident about her appearance and look better in tops, she looked almost comical.

She sighed loudly and said, “It doesn’t quite look the same on me,”

“I think you just need to have smaller breasts to wear it,” I replied.

The irony was tragic. She stood there looking completely deflated, or inflated rather.

5. Our Pointer-Sisters begin their inevitable battle with gravity as we age.

Thanks to my small pair of meat loaves, when I become a grandma, I’ll have far less, um, saggage to deal with.

Look, I’m not saying that I hate big boobs. In fact, I admire great looking cleavage. I’m also not adamantly opposed to cosmetic solutions; after all, there are many that plastic surgery is a real God-send for, especially those women that have had to undergo the harrowing ordeal of mastectomies.

However, I’ve grown weary of females that wish they had bigger bon-bons and are constantly spouting pity-party comments. Of course, current culture may choose to continue glorifying large chests (we’re always seeing Hollywood women who replace their lovely As and Bs with balloon-like Cs and Ds), but it’s up to us to push past the blitz of distractions and learn to embrace the tits we’ve been dealt.

I want all women to think long and hard before surgically altering themselves and to celebrate their bodies. To all my fellow A-cup brethren out there, I hope you’ll take the time to consider what you’ve read and let it marinate a bit before making the decision to go under the knife.

But, if the above reasons aren’t enough to convince you, look in Google images for “Tori Spelling’s boobs” or watch a couple episodes of Botched.

That should convince you.