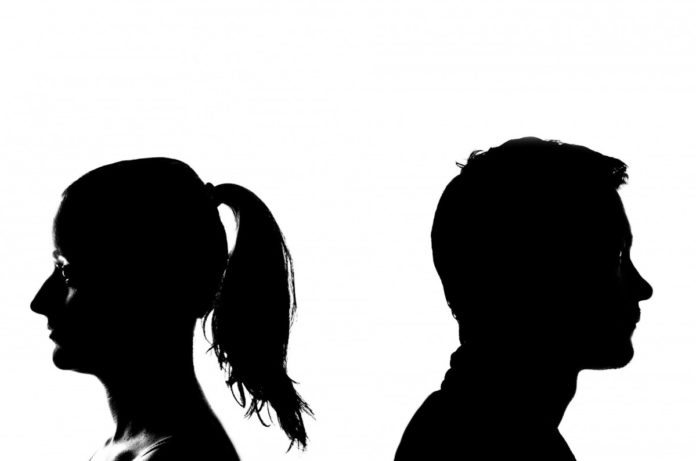 One of the crappiest feelings in the world, and one that almost everyone in the entire world can related to, is getting dumped. In fact, having our heart broken hurts so much that sometimes we’ll even put our dignity on the line and we’ll even resort to begging in order to mend our hearts.

No matter whether we see it coming or “the talk” comes out of the blue, hearing that words that the relationship is over can make us act like those crazy girls in High School that we laughed at and swore we’d never do.

You know, like getting on your knees begging and pleading with him, “PLEASE don’t go, Baby!”

Unless you truly find your soul-mate, love is rarely balanced. Even then, you’ll likely go through many soul-mate ‘applicants’ before you find ‘the one,’ and each wannabe brings its own screwy, imbalanced scale with them. In many relationships there’s either one person whose affection dies out sooner, one that is more interested than the other, or one that is more likely to hurt their partner more. Many times, there’s also one that is willing to risk everything in order to revive a love that’s already dead.

Of course every relationship is different, but when it comes to break-ups they usually encompass on of the above. When the relationship is over, no matter what your role is, begging never works and here’s why:

Begging Because You Screwed Up & Want a “Second” Chance

Okay, when you royally mess things up you are entitled be allowed to present your case and ask for a second chance. However, this should be only done ONCE. If they aren’t willing to listen and forgive but you’re determined to have your side heard, send an email or good old fashioned email, but that’s ALL.

You are not entitled to harangue or harass them into listening to you say the same thing in a different way (you know, in case you missed anything or they “just didn’t understand” you the first time). You offer your apology, make a promise for the future, and let them decide.

You are not entitled to a second chance.

Keep in mind that if you screwed up that bad, you probably hurt them and the last thing they want at this point is to hear you pleading for another chance.

Begging Because You Just Got Dumped

Yes, it happens. A week ago you both were so happy and then suddenly today —BAM!—you’re not what they want or need anymore. Of course, usually when this happens panic immediately sets in and the first thing we do is try to say whatever it takes to buy some time. You might recognize some of these not so infamous gems:

Then, once those run out, the aggression goes up a notch:

Then, the panic really takes over once you come to the realization that the above is only pushing them away:

Unfortunately, while it may seem like a good idea at the time, every tactic you use in an attempt to convince them that they are making the worst decision of their life by leaving you, you lose a little more of your dignity. You have to remember one thing, they already know what you have to offer and at this point, they’re just not interested anymore. Begging them to watch a power point presentation on your good qualities isn’t going to change a thing.

For the Broken Hearted Among Us

With the exception of the few freaks on nature out there that married their High School sweetheart and lived happily ever after, everyone gets dumped, we can all related and empathize. When I use my column to try and help you not make an ass of yourself, it’s usually because I’ve been there, done that.

Not only does begging or literally getting on your knees not work, it inevitably makes you believe you ARE a piece of shit. Think of it this way: you’re doing anything you can trying to convince them that you’re worthy of their love. Is this a relationship or a freakin job interview?

Believe me, I know how it feels when desperation takes over and you’re willing to sacrifice everything, including your dignity, for a little more time together. But, that’s the thing. That’s all it is, a little more time. If they are ready to walk away from you, they have a reason. Threatening or begging them might get them to stick around for a little while longer, but they’ll inevitably make their way out the door anyway.

In order for relationships to be a successful, both parties have equally be in it. The moment one or the other starts dragging their feet, it’s only a matter of time before the relationship crashes.

Yes, it can be extremely difficult to accept the fact that someone you love no longer loves you. However, the sooner that you do accept that fact, the quicker the healing process and the faster you’re off falling in love with your next applicant… or your true soul-mate, who knows.

Previous articleStrength in Forgiveness
Next articleSuck at Taking Criticism from Your Man?