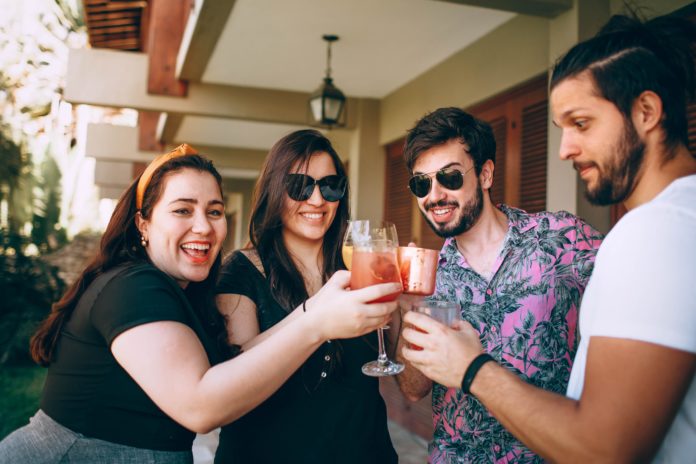 Why are we leading guys on?

If you asked men and women to tell you what pisses them off the most about dating, what do you suppose they would say? We women will tell you how guys are insensitive, how they don’t pay enough attention to us, and men, when they’re not complaining that we’re all either psycho bitches or lesbians, complain that we lead them on. Do we have evil motives or is there another reason?

Maybe we’re insecure or maybe we feel it’s the only way we can keep guys’ attention. Do we crave the attention for attention’s sake or is something else at work here? Some of us are so desperate for attention, that we’ll accept it from any man, even from a man we find unattractive.

Of course, you’re not leading that guy on intentionally. Not sure I believe that but I suppose it’s possible. Some women really do feel they’re just being friendly and the men who think they’re leading them on are just reading more into it than is there. Maybe that’s you? But if you keep hearing that from the men in your life, have you thought about why?

I looked into what men think about women who are constantly leading guys on and found this:

Some of us feel the need to have a guy in reserve. But really, is it necessary to have pseudo-romances waiting in the wings for nights when you need to scratch that itch? Yeah, we need to get laid too sometimes, despite what men might think.

You might exchange texts and chat with a guy while keeping him firmly in the “friend zone” until the day when you see a picture of him on Instagram or Facebook with another woman on his arm. She’s hanging all over him (just like you did?) and you realize that you are (Dare I say it?) jealous. You suddenly realize that you pushed him away too much; pushed him through the friend zone and beyond. Oops!

Beyond all the other reasons that women are leading guys on, there’s this: Some women get a kick out of leading guys on. “It’s fun,” they say. They flirt and bat their blinged up eyelashes and generally make the guys believe they are the most handsome, most talented, and most intelligent men they’ve ever met. Then, when push comes to shove, they say, “I’m not ready for a relationship,” or, “I wasn’t really that interested in him in the first place.” Of course this can backfire. Don’t forget that bad news gets around much faster than good. The day will arrive when you’re not getting so much attention. Maybe you’re just too picky.

Is Leading Guys on all Right or Pure Evil?

Why do we feel that it’s acceptable for women to lead guys on while the opposite would make any one of us furious?

Consider this: how would you feel if you realized that the opposite was happening? Suppose that great looking hunk you met at the gym, you know, the one with abs that won’t quit? What if he was just leading you on?

Or, let’s take it to the next level, suppose he just wants to get laid. Maybe he’s got a drawer full of women’s numbers that he keeps as trophies? At the end of the night, he’ll throw your number in there and move on to the next woman. Pisses you off, doesn’t it?

Now that I’ve told you why I think women are leading guys on, I’d love to hear your opinion. Tell us your thoughts!

Previous articleDo I Think I Can Live Happier?
Next articleConfession: I Was A 28 Year Old Virgin

Britney Colehttp://www.test.com/
Britney Cole is a computer programmer. She works for a mid-sized firm in San Francisco. Programming is still fun for Britney but she also enjoys the opportunity to share her thoughts on relationships, dating, and movies.