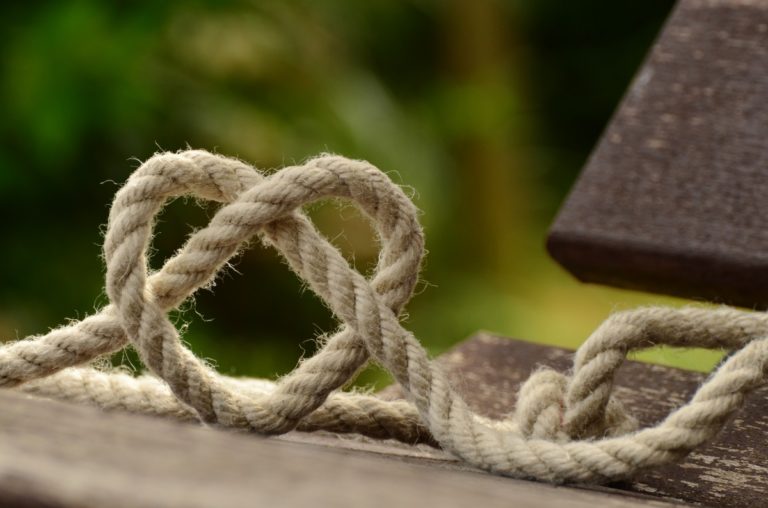 Yeah, Yeah, Yeah, I know. You’ve heard this shit before. Every other day someone is on one of your social media feeds screaming about how they’re swearing off love forever because in one deft move, someone decimated their views on long-term love. Or, there’s those that due to their parents getting divorced swear that they’ll never believe in long term love. After all, if the very people who created them can’t stay together, then who can?!

So many of us were all doe-eyed and giddy at the thought of the sort of forever love movies like The Notebook assured us was out there, but then a good portion of us grew up and turned rather skeptical.

I was definitely in those categories for a really, really long time.

BUT… don’t stop reading yet! This is by no means a love letter to my husband for being my saving grace and making me believe in love again.

Today we’re going to talk about how, even after being through my fair share of failed relationships and watching my parent’s marriage disintegrate before my eyes, I’ve come to realize that love doesn’t end, it evolves!

The Evolution of Love

Sometimes love morphs and you change with the person, constantly mutating into the newer versions of each other. That’s the healthier option. You encourage and promote those changes in your significant other and you grow with them, and they do the same with you.

Other times love changes and neither of you are able to change and grow with it, making you think that the other person isn’t who you thought they were at all and that you’ve simply “grown apart.” Of course, sometimes there’s a little truth in thinking that they aren’t who you thought they were because sometimes love makes us believe that the object of our love is a saint, when they’re actually a certifiable nutcase with an agenda.

A great example is my grandparents. I remember being young and watching them interact with each other and as far as I can remember, I never saw them have any sort of physical contact. No pecks on the lips or cheek, no hugs, not even any handholding. Really and truly, it was rare to even hear them speak to one another other than stuff like, “What do you want for dinner” or “Why haven’t you done that yet” from one or the other. Whenever I happened to be there for supper, they’d eat in completely different parts of the room. She’d be in her chair knitting away at something and he’d be absorbed in something on the TV. Together. In silence.

Don’t get me wrong, they were both very caring and loving individuals, it just didn’t seem like they were together together. I was perplexed but eventually chalked it up to the fact that they were married for a really long time and were just sick of each other and simply stayed together out of convenience and age.

When my grandmother got sick, he did everything she asked and needed and made sure she was taken care of. But even then she was curt and even somewhat bitter with him. My mother said it was because she was in so much pain, and of course that was definitely understandable given the circumstances, but she didn’t seem to have a single loving word for the man who was caring for her in her time of need.

On the night of her death, I watched him closely. She’d died after being near comatose for three days and none of us really got to say goodbye. That night, my grandfather had the bravest face of us all. I remember thinking it was both admirable as well as strange, as the love of his life, his wife of almost 50 years, was dead. We all cried together and he hugged us all, seeming so much stronger than the rest of us. After awhile, I didn’t think much of it. Once again assuming that since their marriage had lasted so long, love had simply dissolved into nothing and he basically felt nothing upon her death.

I tell you, I don’t know that I’ve ever been as wrong as I was then.

A few months later, it was my Grandfather’s birthday and my mother made him a beautiful frame that had pictures of my Grandmother in some of the happiest moments of her life. The first when she graduated high school, one of their wedding, another when she was first holding my mother, and one from when she first held me.

I was expecting a simple, “Aww that’s nice. Thank you.” or something similar.

But as soon as he saw the frame that held every shining moment of his late-wife’s life in his hands, he cried. And I mean a breath-hitching, sobbing cry. In that moment he looked utterly lost and broken, seeming to be in more pain than any of us could imagine or even come close to feeling in the rest of our lives. Combined!

I was perplexed. I didn’t understand at all and it was quite some time until I realized what we had witnessed for all those years. They HAD still loved each other, even as she was on her death bed and chastising his every move. It was just that their love had morphed to a point where it didn’t need physical contact or even words anymore. They sat in silence but it was a companionable silence. Personally, I think that their love had been so perfect with age that they simply didn’t need to prove it to the rest of the world. They knew it was still there.

Long-term love never lasts, because it never stays the same.

It either mutates into something even more amazing with time, or it just stops growing altogether and eventually withers away.