Long-distance relationships have a reputation for notoriously sucking.

If you search online for general opinions, most people say that it’s not worth it or that it pulls you away from living your own life in the moment.

As someone who has observed the challenges faced by friends who chose to try long-distance relationships while away at college, I’ve come to have a bit of a pessimistic perspective about the whole thing. This is exactly why, when my current boyfriend and I discovered that we’d be moving to different states after college, we decided that our relationship would end once we were no longer in the same place.

I came to regret this decision.

I had thought that by making this practical, tough decision, we were prioritizing our own long-term happiness over the immediate desires of our relationship. We were going to be an entire plane flight away from each other. Ideally, we’d get to see each other in person maybe four times a year. I didn’t want to be that person that was constantly at home, Face-timing my SO instead of going out with my friends. I thought that with time, the sadness would go away and I’d find myself happily indulging in my own new life. However, as the dust settled following our breakup, I realized how stupid that logic was when you really love someone.

Long-distance relationships are so challenging because it is tough to be physically separated from someone that you are emotionally connected to. I won’t ignore how hard this can really be, especially when the situation is long-term or meeting in person is a very infrequent option. But, do you know what’s worse than this physical separation? Trying to completely cut someone you love out of your life.

When my boyfriend and I tried to follow through with the breakup, the crappiest part of the whole situation was that there was no reason for me to feel like I was better off without him. He didn’t do anything to outright hurt me. I still trusted him. He still made me happy.

I’m all for enjoying the single life – I think that people should never feel complacent in a relationship simply because being in a relationship is nice. I believe, especially at a young age, that being single is optimal and you should save the commitment of a relationship for someone who is really worth it.

But he was worth giving up the single-life, for me. And the only thing keeping us apart was this idea that long-distance might be tough. But not talking to each other was worse. Texting each other about how we loved one another, and were saddened by our circumstances, just felt dumb. It felt like we were putting ourselves through this pain in anticipation of good things that may or may not come.

So, after we tried a brief breakup, to my elation – we ended up getting back together. Yes, it’s sad that I miss him and want to be with him. But, at least I get to share my life with him and continue to be a part of his. I would prefer to have it be the case that our relationship ends in a few months because long-distance was too hard, rather than to have never tried at all. 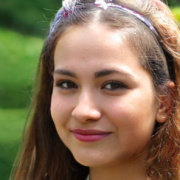 I'm a young female from the east coast who loves to be active and enjoy simple pleasures. By day, I enjoy thinking about why the world is the way it is. In my spare time, I love to run, eat good food, go for long drives, read and bask in the sun.

Stop Being a Bitch