My Confession? I Lied So My Parents Would Disown Me 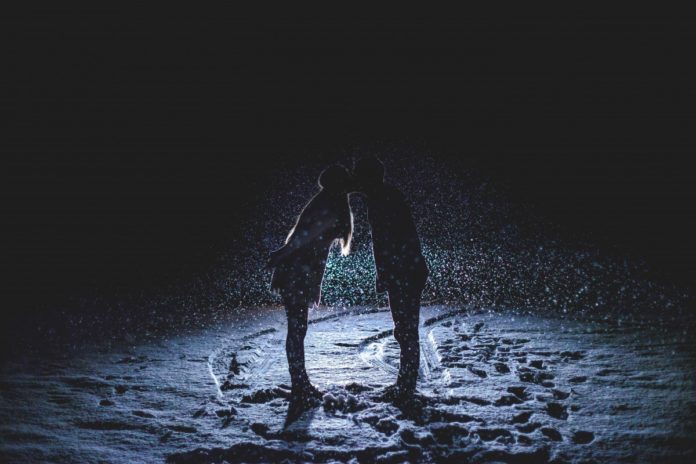 Both of my parents are gone now, but our relationship died long before they actually passed on. While there are more than a couple of confessions I could share with you ladies, I think this is probably one that I’m most proud of.

I was the oldest of two girls and we lived outside of Memphis, Tennessee and as I graduated in the late 80’s, to say it was a different time would be an understatement.

My mom and dad were functioning alcoholics. Meaning they both had lucrative Monday through Friday careers but as soon as they arrived home, that case of beer in the fridge didn’t stand a chance. Well, at least until they actually bought a specialized fridge and started buying it by the keg but at least that cut down on the drunken late night beer runs when they inadvertently ran out.

And weekends, well I tried to be away from home as much as possible.

To say that my dad was a mean drunk would also be an understatement. When I was only 4 or 5, I can remember a couple of mom’s brothers talking about much they loved having my dad along for bar fights because he’d hit anyone. Apparently including any bartenders that attempted to call the police. Yes, even women. Which apparently earned him the nickname of Bad Bob

There’s a lot of bad things I could say about my sperm provider but for the purpose of this confession, there’s only a few you need to know.

That’s right, he was a white male, living outside Memphis, Tennessee and was as racist as the day is long. Since I seem to be slipping out a lot of understatements in this confession, let’s just say that his views on skin color certainly didn’t make school events something to look forward to.

More on that in just a moment (or paragraph or two).

My mother had her own issues but her biggest sin was simply letting everything continue. She had her own career, it wasn’t like she was dependent on him. But she never, not once, stood up for either of us girls when the belt was hitting upper back instead of our bottoms, or when he was berating and educating us regarding how worthless we were.

Or the time he left one of her vibrators on my pillow when her and my sister were out of town for a funeral. I was supposed to go too but you see, the day before the trip I got grounded for making the horrible faux pas of leaving the front door open while the a/c was on.

At least that’s what I was told. I could’ve sworn that I didn’t leave that damn door open and after the disgusting present and what else transpired that weekend, I was almost positive I didn’t.

Needless to say, that weekend was the beginning of the end.

If my friend Danny hadn’t went along with my idea and his parents hadn’t basically adopted me, I don’t know where I would’ve ended up. On the streets? Prison? Both were likely possibilities.

The summer before my senior year, I was done with life at home. While the above would have been enough for most anyone, trust me when I say that isn’t even half of what went on in that house.

Danny and I met and became friends in middle school, but we really grew close our junior year. Close enough that I eventually confessed most of my secrets to him. We weren’t a couple, just really, really good friends.

Of course at this point he’d never officially met my dad, he is African American and that definitely wouldn’t have gone over very well at home.

And that summer it hit me, that was the key.

I have to say, 17 year old Danny was braver and more honorable than most men twice his age. I don’t think he ever had a second thought about helping me and though I could feel his palm drenched in sweat as we walked into my family home hand-in-hand, his voice seemed to only be tinged with anger as opposed to fear.

Before my dad could even object to the unwelcome intrusion into his home, Danny blurted out, “She’s pregnant and I’m the daddy.”

Just the thought of me sleeping with a Black man, let alone being impregnated by him, sent my dad into a rage and elicited a blood curdling scream from mother. There was a lot of swearing, name calling, and use of the N word, but Danny just stood toe-to-toe with him and took it all.

No punches were ever thrown but with every screaming word, my dad sprayed spit so much that by time it was all said and done, Danny’s face was dripping.

I could swear that Danny never even blinked.

Both of them told me they never wanted to see me again and I had to bite the inside of my cheek to keep from laughing in their faces.

The whole ordeal lasted only about 20 minutes but felt much longer. However, as I walked away from that house for the final time, I felt as if the weight of the world was off my shoulders.

My senior year was the best year of my life to that point. I moved in with Danny and after a couple of heated discussions with my parents, his Dad got them to sign papers giving them guardianship.

I’m still not sure how he did it.

Danny went on to become an attorney; we’re still friends to this day.

I never did have children, nor have I yet to marry. Whether it was the utter contempt for my father or just genetics, on my road to self-discovery after leaving that hellhole I learned a lot about myself — including that I’m a lesbian.

Too bad I didn’t know it for sure at the time, I could have broken their hearts with the truth.

But I don’t regret my lie one bit.

And that’s my confession.

Confessionshttp://wildoneforeve.onpressidium.com/confessional/
There are times when things need to be expressed and no safe place. Confessions is where WildOnes can share their story anonymously in a judgment-free zone. What's your confession?