I ran across a magazine article awhile back about a study that compared sleeping and dieting that I thought it was kind of interesting so I took some notes. Unfortunately, my note-taking skills were apparently only halfway paying attention that day as I failed to jot down which magazine it was.
So, if this was your article, thank you first all. Secondly, drop a reply below and I’ll be sure to give credit where credit is due. 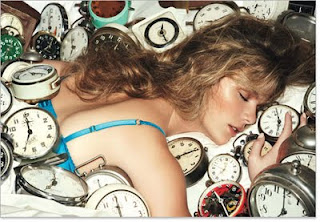 The Relationship Between Sleeping and Dieting

According to the study I read, dieters who slept 5.5 hours per night lost 55% less body fat compared to those that slept 8.5 hours.
Apparently when you’re dieting, sleep deprivation is associated with increased body fat. Over a two week session, volunteers in this study slept 8.5 hours per night and then slept 5.5 hours per night in another two week session. For the study periods, test subjects had their diet and activity controlled during the day and researchers found some very interesting statistics.
For the time period where they got less sleep, they were hungrier than the longer sleep test, had higher levels of ghrelin (an appetite-stimulating hormone), and actually lost less fat mass (1.3 pounds compared to 3 pounds). A professor at the University of Chicago was quoted as saying that due to lean muscle loss, the test subjects experienced a slowing down of their metabolism and will likely have a hard time keeping weight off.
SO… moral of the story — sleep more! If you’re dieting, you’ll lose more fat and you’re less likely to have those small slips or resort to downright cheating!
We’ve always known that a good night’s sleep was important to health, but according to this study sleeping and dieting go hand-in-hand.
Get a good night’s sleep to help shed those pounds.
Plus, you’ll probably just be happier 🙂