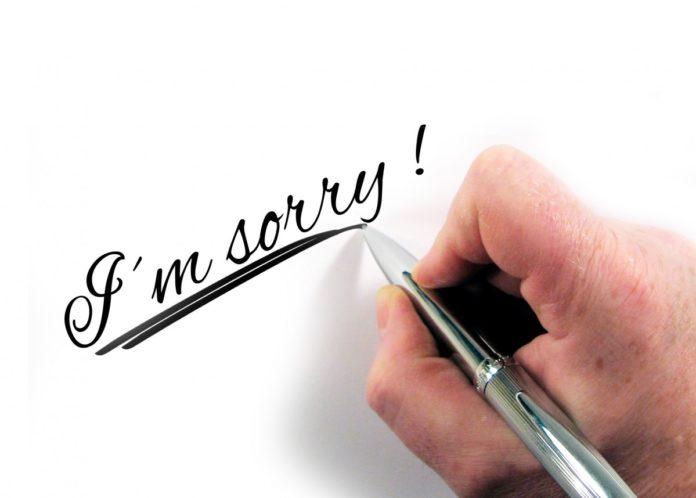 We all make good and bad choices in life. None of us are perfect, but most of us do try to set higher standards of ourselves. But what do we do when we screw up? Or when others make bad choices? Do we hold ourselves as accountable as we do someone else?

Whether via social sciences or religion, the act of forgiveness has been explored in many ways. There are benefits of forgiveness that are generally widely recognized and can be applied towards those that are currently living or deceased, or even occasionally to ourselves. Sure, some situations and some people require an apology before they can be forgiven, and still others grant forgiveness as a form of justice. Often, once forgiveness is given there isn’t even a response expected from the offender, as the wronged party considers the matter closed. We strive to leave behind the ones that have hurt or betrayed us but at times this can feel like a never-ending triathlon, with us constantly pushing ourselves but with no finish line in sight.

There are many among us that agree that forgiveness is a good ideology but are unsure how to actually achieve it. Many have even sought counseling over inflicted pains in order to try to find a way to forgive and achieve closure.

More often than not, forgiveness is not something easily given nor received.

When you really boil down most cases, forgiveness is most often about us. Think about it – do you forge forgiveness so that the guilt party feels better? No, you do it when you are ready and once you’ve reached that plateau, most of the time there’s a measurable weight lifted off your shoulders. That weight can consist of: resentment, indignation, anger, and sorrow, which is exactly why it can weigh so heavily.

That’s a huge reason why forgiveness can be so difficult to work through. Now that doesn’t mean that your feelings aren’t valid or are unreasonable. NO ONE can tell you how you should or shouldn’t feel.

However, forgiveness heals yourself more-so than anyone else, and that means that forgiveness is an imperative part of our lives. I’ve known people that say they adamantly hold grudges and others that purposely refuse to grant forgiveness. Not to say that I instantly forgive anyone that hurts me, but I always get there eventually, one way or another.

Forgiveness is different for everyone and takes different lengths of time, but I do urge you to at least try to get there, for your own mental health and personal satisfaction. Shedding pain and sometimes even leaving people behind, especially over the things you have absolutely zero control over, is a cathartic experience. Forgiveness is a cleansing — of both your mind and heart.

A Work in Progress: Forgiving Yourself

So, which is easier — forgiving yourself or others? Personally, I’ve always found it to be more difficult to forgive myself than I have with others. Like so many out there, I’ve always had an innate fear of screwing up or not being successful. In class during my school years, I was terrified to raise my hand for fear of borking the answer (because then everyone would know how much of a failure I was! If I inadvertently hurt someone, I held onto my guilt even after the offended party had forgiven me.

I’ve always tended to forgive others rather quickly, letting the issue go and moving on with our friendship/relationship and life itself. Unfortunately, whenever it was something that I screwed up, I’d go through a bout of obsessiveness. Striving to analyze everything and figuring out where I went wrong, how to fix it, and how to avoid it ever happening again.

Sure, some of that behavior might actually be a good thing. Who among us doesn’t want to avoid mistakes in life? But that can lead to being afraid to act at all, so scared of making mistakes that you cut yourself out of life and completely silence yourself. You have to pull back those reigns of beating yourself up for your imperfections.

Eventually I got better at realizing that I am allowed to make mistakes and that I’m definitely allowed to be imperfect. But that took years of learning from mistakes to accept the fact that no one is perfect. No matter how hard we try or how much we desire perfection.

Whether you need to work on forgiving yourself or others (or both!), you have to continue to actively participate in life. You can’t change the past and thankfully so, because that’s where our mistakes lie and without them, you wouldn’t be the strong woman that you are.

As the elegant quote from Gandhi says, “The weak can never forgive. Forgiveness is the attribute of the strong.”

Be strong, and find the path to forgiveness.