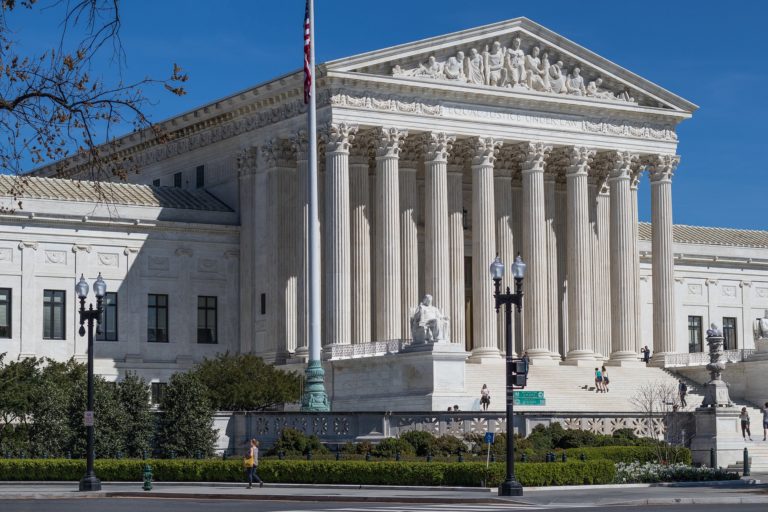 In the first abortion rights case brought before the US Supreme Court since President Donald J. Trump took office, the legislative body confirmed the constitutionality of women’s right to have access to abortion by striking down a Louisiana anti-abortion law. The law restricts clinics by requiring doctors to have admitting privileges at nearby hospitals violating the abortion rights provided by the landmark Roe v. Wade decision which the court passed in 1973.

This Louisiana law is nearly identical to a Texas law which the court struck down in 2018 and is another example of laws passed to make it difficult if not impossible for women to take advantage of their constitutional right to have an abortion if they so choose.

Today’s decision was 5-4 in favor of striking down the Louisiana Law with Chief Justice John Roberts joining the four more liberal judges in ruling that the law violates women’s abortion rights granted by Roe v. Wade.

Both of President Trump’s appointees, Neil Gorsuch and Brett Kavanaugh, along with Justice Samuel Alito and Justice Thomas Thomas, argued against the decision. Justice Thomas wrote a dissenting opinion declaring that “the court had no jurisdiction to overturn a state law.”

The admitting privileges law, is called a TRAP law (Targeted Regulations of Abortion Providers) and that means such laws try to make abortion impossible to access. The law claims to protect women’s health while restricting their access to the procedure. The Louisiana law would have left the state with a single clinic with a single abortion provider, in the name of “women’s health.”

It is perhaps less ridiculous than the laws in five states that force doctors to tell women seeking an abortion that the procedure increase their risk of breast cancer. However, this law had the same intention. Without directly attempting to make the procedure illegal, access to abortion would become so restrictive that it might as well be illegal.

In addition to the fact that this law was struck down by a US Supreme Court that has a conservative majority, it is also a nearly identical to a similar decision handed down by the court in 2016. At that time, the court’s comment was:

This raises the possibility that Roe v. Wade will be constantly challenged now that the court’s makeup has changed.