Why I Ate Only Potatoes for 30 Days 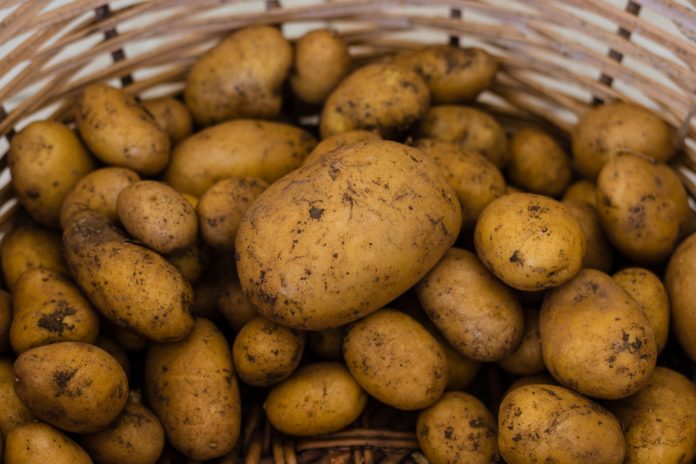 You hear about cleanses of all kinds, for example, juice cleanses, tea cleanses, and more. The potato diet is also called a potato cleanse. Whatever it’s called, it involves eating only potatoes for a period of time that typically lasts one to two weeks.

On the surface, eating only potatoes seems counter-intuitive. After all, many of the most popular weight loss diets warn you away from starch and carbohydrates. But there are some clear benefits to potatoes.

What do you have to do?

Eat potatoes for every meal. There is no limit to how much you can have. Fortunately, potatoes fill you up and you shouldn’t have too much trouble there. So, here are the rules you need to follow in order to be successful:

My Journey with Potatoes

Last year I started seeing articles about the “Potato Diet” or “Potato Cleanse” and became curious. I have been struggling with my weight for the last twenty-five years and I was hoping that I could kick-start my weight loss using potatoes.

I started on November 10, 2019 and, by December 10th, I had not only lost 45 pounds, I was feeling better and the most amazing thing was that I was able to wear my wedding ring for the first time since I was pregnant for my son who will be 24 this October.

The interesting thing about the ring is that I actually weighed more (and still do) than I weighed when I stopped being able to wear it. I thought that somehow gaining weight had made my fingers bigger and fatter. Apparently my fingers were bigger because of swelling caused by inflammation and the diet helped to reduce that inflammation.

Staying on the diet was hardest during the first few days. I found myself dreaming about pasta and hamburgers, but that went away fairly quickly. The thing that lasted the longest for me was the headaches I got from caffeine withdrawal. Coffee is allowed on the potato diet/cleanse but you have to drink it black with no sugar and I just can’t seem to drink black coffee.

The first week I lost 13 pounds and I continued to lose at a slightly slower rate for the entire month. By December 10th, I had lost 45 pounds. I stayed on the diet until Christmas actually (so a bit over 30 days) but then I decided to take a break for the holidays and switched over to a mostly vegetarian diet.

After the first week, I became used to the diet and didn’t feel deprived. I discovered that I could even go out with my family without going off the diet. Most restaurants serve baked potatoes in the evening, and some fast food restaurants serve them all day. For example, I found I could go to Wendy’s and Roy Rogers’ and order a plain baked potato and unsweetened iced tea.

I just started another round of potatoes this week. I’m hoping that, by New Year’s, I will have lost 100 pounds. Wish me luck!

Irene P. Smithhttps://irenepsmith.com
Irene is a hybrid Technical Writer/Programmer with over 30 years' experience. She was a Contributing Editor to PC Techniques Magazine and also wrote for such magazines as CodeWorks and PC Hands On. Irene lives in New York State about two hours Northwest of New York City, on a quiet street with her husband, her son, and her mother.