I Resent My Kids. There, I Said It. 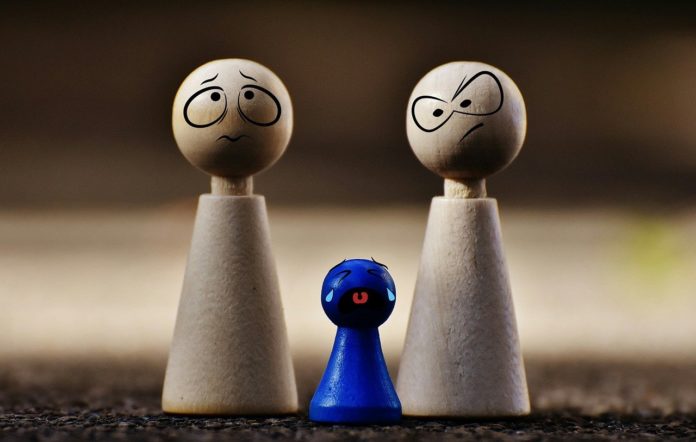 I very nearly posted this as an anonymous confession because saying, “I resent my kids,” feels like a terrible thing for a mother to say about her children, right? I mean, what kind of monster mother am I anyway?

The truth is, when my children were much younger, I had made the decision to put myself on hiatus. Keeping up with three boys from infant to toddler, household chores and errands with kids in tow was exhausting. There was no time or energy to do anything for myself. In fact, there were days when I hid in the bathroom for five precious minutes just to escape my kids.

Financially speaking, it made more sense for me to stay home with the children instead of using my paycheck to pay for childcare. What my husband didn’t seem to understand was that I had been a working woman since I was 15 years old. I love earning my own money. Additionally, even a part time job would have given me a respite from the boys and allow me a break to interact with other adults.

Sure, my paycheck might have been delegated to another childcare provider but in hindsight, it might have been worth it for my mental health. I felt trapped, unhappy, frustrated, and alone. There was a growing resentment for the life path that I chose and I was conscientious enough not to project this onto my children. You would have to ask them if I was successful.

Let me preface what I have to say next with repeating: “for the life I chose.”

I made big girl decisions and I stand by those decisions. No one forced me to marry the first man who asked. No one demanded that I give birth to three children. While my husband was adamant about me staying home with the boys, he never actually stopped me from attending auditions or finding gainful employment. Of course there were influences to those decisions but the choices were ultimately always mine. And I own them.

While I never felt even a smidgen of compulsion to do anyone harm, there were times when I prayed for a lightning bolt to strike me dead or a tractor-trailer to careen out of control and wipe us all out. Death would be so much easier than the constant diaper changes, feedings, endless replays of their favorite television shows, ceaseless laundry piles, and a husband who came home, played with them for an hour or two, ate dinner and went to bed because he had “a rough day” at work.

My job as a mother didn’t qualify as work.

I also had a deep-rooted suspicion that my husband was cheating on me and my self-esteem was disappearing along with my independent identity. As terrible as it sounds, when tragic news reports of mothers who kill their children fill the airwaves, I am disgusted by their evil deeds and wish them the most horrific of life tortures, but secretly I understand that darkness.

I was disappearing and only time was the cure. Could I be patient enough?

The HUGE difference between me and baby killers like Susan Smith and Andrea Yates is that I swallowed my resentment and nurtured my children to be the smart, healthy, wonderful young men that they are. I hope and pray that my boys only felt safe and loved in my arms. I hope that they are shocked and surprised if they ever read this piece.

Did I Really Resent My Kids?

In hindsight, I’m certain there were several times when I resented everyone; my kids, my husband, working women, happy people. It’s very easy to cry out “Why me?” and feel sorry for myself. There have been plenty of times when I said, “I didn’t sign up for this life!” and the true voice in my head and heart interjects with, “Oh, yes you did.”

I accept that. And guess what? I survived it. And so did my kids. I put my head down and did the best I could to power through and make the most of the situation. Sometimes if feels like I spend my lifetime turning lemons into lemonade. That’s because I’m too stubborn to give up or give in. I’d rather break my arm than tap out.

There have been plenty of times when I have been brutally honest with my family. There is nothing wrong with saying: “I LOVE YOU, BUT I DON’T LIKE YOU RIGHT NOW.”

My hope is that my children will happen upon this and know that all of these “terrible” feelings are okay as long as they can push past them and accept the blessings as much as the hardships. Acknowledge that we own the decisions we make, which may change the trajectory of our life. My children may one day have children of their own. They are going to have hard times. They are going to question their choices. There will be sacrifices and compromise. They might even find times when they resent their children too.