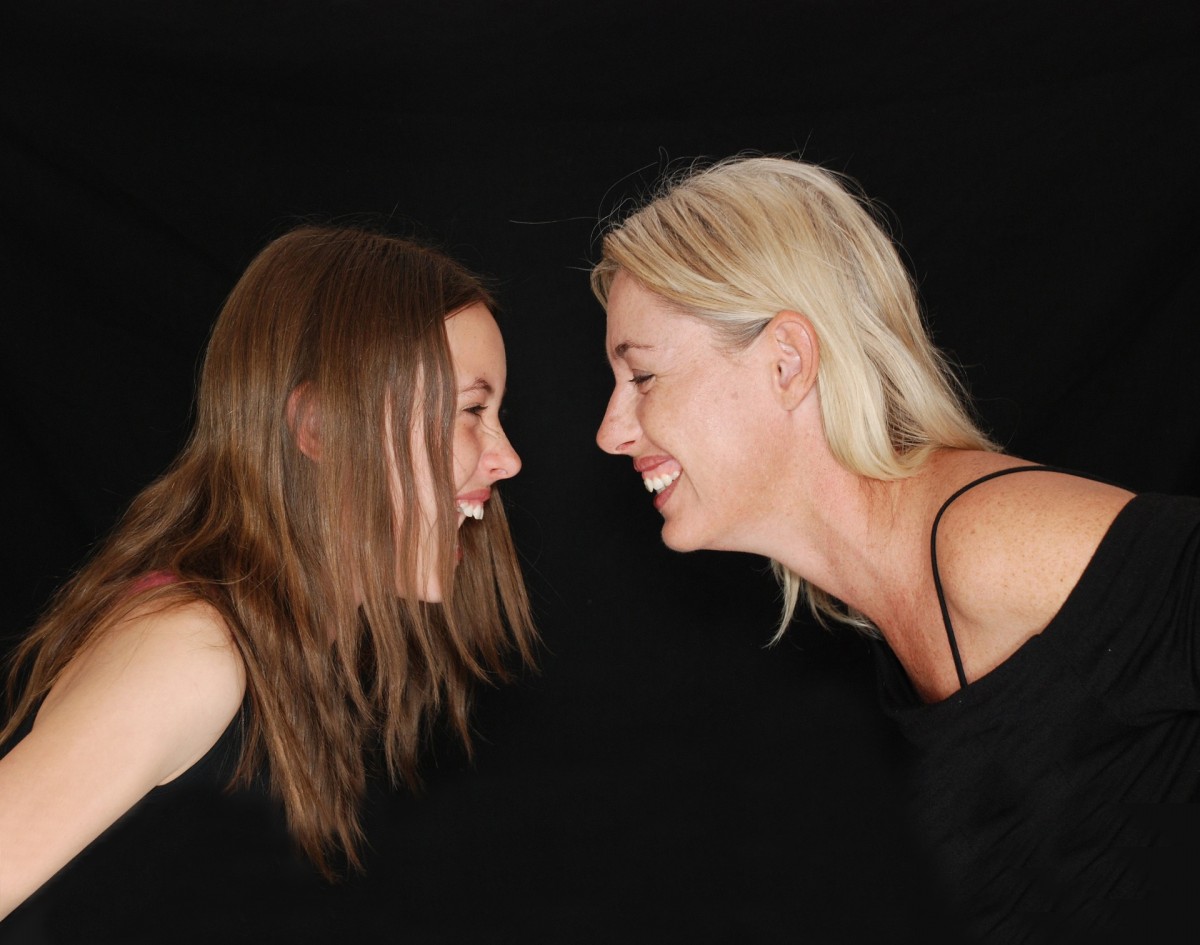 Okay ladies, I figure we could all use a laugh or two today and while my sense of humor isn’t for everyone, I wanted to share a couple of different jokes that are among my personal favorites.

Be forewarned though, while not pornographic in nature, they’re rather long jokes and do include swearing, rudeness, and are definitely of an adult nature. I AM a Wild One after all.

Years ago, a husband and wife had recently celebrated their 40th anniversary and were lying in bed that evening, winding down from the day, just as they’d done every night for decades.

As he finished his television show and she put down her book, he shot her a quick glance and said, “Let’s go to sleep. Get up and turn off the light and television.”

For some reason that night, she quickly replied with, “No! I’ve been turning off that light and TV for 30-years now and I’m not going to do it anymore.”

His forehead wrinkled as his eyebrows furled downward in apparent agitation.

“Quit being silly, Woman! I’m serious! I’m ready to go to sleep. Get up and turn that crap off.”

But she didn’t back down and she shot back, “I’m serious too. I’ve gotten out of this warm bed every damn night for over 30-years and I’m not going to do it ever again!”

They were both more than a little aggravated at this point and neither made a move to get out of bed. After several minutes giving each other dirty looks, her husband came up with a proposal.

“I tell you what, we’ll each think of a poem. Whoever comes up with the best poem gets to stay in bed and the loser has to turn everything off from now on.”

After some more arguing back and forth, she reluctantly gave in and they returned to silence as they put their thinking hats on.

After a few minutes, he smiled broadly and declared that he had the winning poem ready. She agreed to let him go first and he busted out with:

One plus one is two

Two plus seven is nine

I can stick mine in yours,

But you can’t stick yours in mine.

He immediately burst out laughing at his genius and said, “go ahead and get up and turn off the light and tv. You lost and you know it.”

“Bullshit,” she replied. “I still get my turn.”

He taunted her a little more and after a minute or two, she declared that she was ready.

One plus one is two

And two plus seven IS nine

But I know the length of yours

And you don’t know the depth of mine

Hmmm, I wonder who had to turn everything off.

This next one is kind of an oldie and you may have heard it before, but I wanted to include it because it makes me laugh. Though any man that has actually done this deserves whatever punishment she deems necessary.

A couple had been married for just over a year and one of their favorite pastimes was making the other the butt of a silly joke and just trying to make them laugh. So when she came in one evening and declared that she wanted to have a boob job, it wasn’t long before he tried to flip it around on her.

“A boob job? You’re young and your boobs are fine.”

“I’ve always wanted them bigger and now that we can afford it, I want to get it done.”

He replied with, “There’s a way you could make them a lot bigger without having to spend a lot of money.”

He reached over and tossed her a pack of toilet paper.

“What the hell? I’m not stuffing my bra!” She growled.

“No, no. Not for your bra. If you want to make them bigger, wipe the toilet paper across your tits. It worked wonders on your ass this past year.”

A Cut Above the Rest

A woman came home just in time to find her husband in bed with another woman. With superhuman strength borne of fury she dragged him down the stairs to the garage and put his penis in a vise.

She then secured it tightly, removed the handle, and picked up a hacksaw.

The husband terrified, screamed, “Stop! Stop! You’re not going to……to….cut it off are you?!”

The wife, with a gleam of revenge in her eye as she handed him the saw, said, “Nope. You are. I’m going to set the garage on fire.

Not the greatest jokes, I know, but I figured at least a couple of you would find them funny enough to share with your friends. If you’ve got a good joke, share them below and let’s keep the #FridayFunny going.

Have a great rest of your day and the weekend.