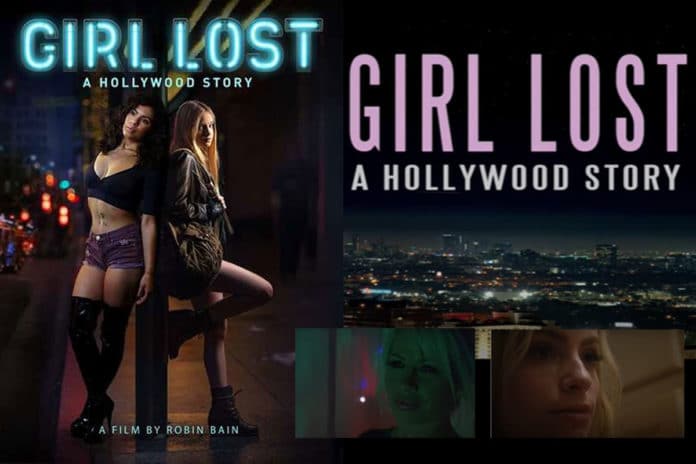 I had the pleasure of speaking to Cody Renee Cameron and Serena Maffucci for a Geek Speak interview and you would never suspect that they could portray the villains in Girl Lost: A Hollywood Story (2020).

I want to first explain why, after watching this film, I am such a huge advocate for it. Last year, I had the honor and privilege of being picked as a jurist. I know most people cringe when they get a jury duty summons, but I personally believe that it is an important role and one’s civic duty to be on a panel at least once. I mention this because the case I sat for was for a man charged with possession and distribution of child pornography.

During jury selection, the prosecutor made it quite clear that we would watch what was pulled into evidence. We were told there would be prepubescent children and teenagers; that there were victims as young as three or four years old. During the selection process I prayed that I would be sent home. I wasn’t.

Over the three day trial, the jurists did, in fact, have to watch the videos.

It is one thing to know that sex trafficking, abuse, and pedophilia exist; it is entirely a whole other thing when you must bear witness to such atrocities. I can never unsee what those children went through. My vehement anger for these predators runs deep, and I have NO TOLERANCE for the monsters.

I cried for months after the case was over. Their faces haunt me to this day.

I’m sharing this jury duty experience because it changed me to the point where I want to advocate for the victims but I have no idea where to start. In a previous article, I asked “Does Our Body Remember Past Tragedies and Trauma?”

I shared an uncomfortable thought that I may have been a victim of sexual abuse. Too young to remember anything except a reoccurring nightmare and a strong aversion to one person and the way he smelled.

But this is where the importance of media comes into play… movies like Robin Bain’s GIRL LOST (2018 and 2020).

Written, produced and directed by Robin Bain, she presents a story of two young women who live within the dark underbelly of Hollywood’s sex scene. Moxie Owens plays Hope, a young runaway who trusts the wrong person and suffers severe consequences. Baby Girl is powerfully portrayed by Psalms Salazar, a young mother who tries to do right by her child but is caught in an impossible situation.

As mentioned earlier, Renee and Serena portray the villains in this movie and, in my opinion, the recruiters seem far more evil than the johns because they are the gateway to a life of abuse, manipulation, and exploitation.

The truth is brutal, dark, and tragic for the girls and boys caught in the sex trafficking industry. And once they’re in, there is little chance to get out of it without intervention and assistance. These broken and battered souls don’t have a choice between what’s good or bad; sometimes they have to choose between bad and worse.

Unfortunately, there is a steady stream of unsuspecting innocents who are preyed upon. They are caught in a vicious cycle of hell on earth.

As long as there are humans on the planet, they will have the capacity to be terrible to one another. It’s the responsibility of the artists, bards, and musicians to shine a light on the ugly in order to save those souls.

Geek Speak is a livestream & podcast that brings special guests in for a casual chat about their projects and their creative journey. We talk to people in entertainment, tech, music, and more.

On December 4, 2020, I had the opportunity to sit with Cody Renee Cameron and Serena Maffucci to talk about their role in this film; what they’re working on now, and what we can look forward to from them in the future.

Please head over to the YouTube channel and subscribe. Hit the bell if you want to get notifications when we livestream with interesting and cool guests. We’ve got a great lineup with writers, music, movies, tech, and other geek stuff.

Girl Lost: A Hollywood Story (2020) is available for free with an Amazon Prime membership. If you watch, be sure to leave a review. The cast and crew would be ever grateful.