A friend of mine disclosed a situation where someone didn’t follow through on promises they’d made and he wasn’t certain if he was going to publicly shame this person or not. I asked, “Are you giving them an opportunity to save face or did they fall on their sword?”

I consider myself more of a diplomatic mediator. I try to mirror the same amount of respect that I’ve been given, often extending more restraint when I’ve been wronged, especially on public forums like Facebook and Twitter. I feel better when I give someone the benefit of a doubt and an opportunity to save face and make things right.

I do not like controversy and public squabbles though admittedly, I love healthy civil discourse. A good debate helps broaden one’s thinking, don’t you think?

I digress. Perhaps my Asian roots have shaped how I deal with disputes because a core social value is never to lose face or be embarrassed or shamed, especially in public. I don’t like when it’s done to me and I am conscientious not to embarrass others, even if they might be in the wrong.

Though I am Korean, the idea of the Japanese Bushido (Code of Honor) and seppuku is either intrinsic or was taught to me in some way, shape or form. Never embarrass yourself because it is a mark upon your family to which there is a price to pay.

Save Face and Walk Away

Some arguments are worth fighting for but many seem petty in the broader scope of my life. For example, “a friend” was in a jam and needed to borrow $100. I had it and loaned it with the expectation that it would be repaid at their earliest convenience. Not only did they not pay it back after a couple of months, they stopped taking my calls.

Mind you, I’m not the type to ask “Where’s my money?” every day. If I ask once after a month, that’s just checking in. If I don’t I don’t hear back from them, it’s a sign of disrespect and I quietly banish them from my circle.

Looking at it in another perspective, I paid $100 for them to remove themselves out of my life. What a bargain!

Let’s Take Note: They walked away from me; I didn’t have to walk away from them. They chose a hill and died on it. I moved on. See how easy that is? Some lessons hurt more than others but in the grand scheme of things, I’m better off without them. It’s better for me to let go than linger on that hill with them.

Look up “civil discourse” and it means to engage in conversation to enhance understanding. In other words, each party brings facts to the conversation and speaks objectively. They stop to listen in a considerate manner and are attentive to the other side’s views. A presentation of facts might broaden one’s outlook on a particular subject without sacrificing one’s views.

I like to think I’m open enough to hear the flip side of things and smart enough to know what’s right for me. In some cases my mind can be changed; others, we part ways friends but agree to disagree. Everyone saves face plus there is a respectful component within the dialogue.

There have been plenty of times when someone felt their opinion weighed more than facts and somewhere along the debate their mind switched from conversation to battle.

There’s a huge difference between saying, “I don’t agree,” and “Shut up, you’re wrong.”

When someone devolves into public abuse, they’ve stopped listening, ran out of facts, and often get defensive. I love when people defend their stance on facts not feelings.

I have the capacity to change my mind if the debate is compelling enough, but, if someone calls me an asshole because they think their opinion is more important than mine, guess what? I win and I’m done.

At that point, anything constructive is finished. It’s time to walk away. I don’t often fan the flames of their ire but sometimes I can’t help but throw down glitter rainbows and huggy bear gifs.

When I was younger, behaving well in public was required or we got our butts beat when we got home. My parents loved to hear strangers tell them how well behaved their children were. That was affirmation that they were doing the parenting thing right and it gave face. In those formative years, I had learned that diplomacy didn’t always help you get your way but screaming publicly literally hurt later.

My version of saving face is biting my tongue, sitting on my hands and stay patient. I often wait 24 hours to see what happens next. But if I go in hot-headed, chances are I could be on the wrong side of things. I have very few regrets online or in real life, and when I’m wrong, I’m confident enough to say “I’m sorry” and mean it. What the next person does with that apology is on them.

When to Say When?

Going back to my friend’s situation with dealing with a broken promise. He paid for something and the other person didn’t deliver. My friend has tried to reach out and give them the opportunity to make things right. He’s not out to publicly shame someone.

On the other hand, if this happened to my friend, it could happen to other people. At what point do we put aside diplomacy and publicly call out bad behavior? I feel empathy way too deeply to want it done to me. Then again, that kind of shady behavior is not something I engage in.

I feel that I should add a little disclaimer to this piece as I am talking about situations where a vendor or supplier did not fulfill an order, or smaller offenses like not paying someone back. This article is not intended for, nor does it adequately address my feelings about physical, emotional, or sexual abuses.

That being said, I’m curious to know how YOU would handle the situation. Would you let the offender save face and drop the matter, calling it a paid lesson? Would you call it out and force them to engage from a defensive stance? If they made things right, even though it took great effort, would you let bygones be bygones? Are you saving face from a private wrong by attempting to make it right in a public forum or are there other motivating factors? 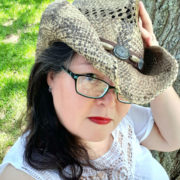 5 Times You Should Accept Nothing but the Best

Why Being Single Is Awesome