The Most Annoying Things Your Co-Workers Say 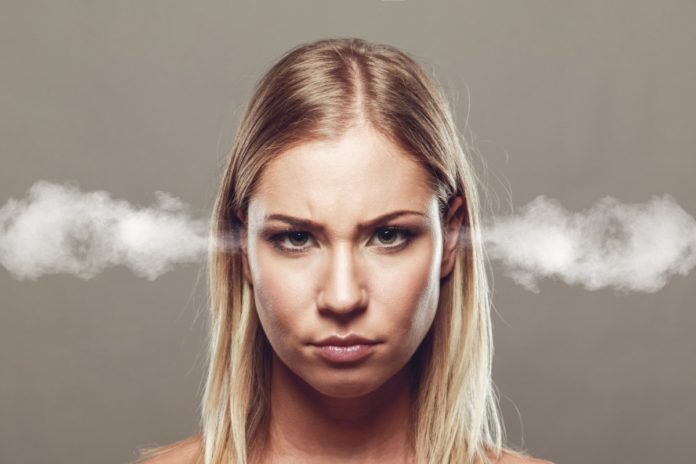 Unfortunately, even in this day and age there are quite a few “catchphrases” that are overused in the workplace. These can rank from just plain old annoying to downright offensive. The reason why we still rely on these tired tropes is really beyond me, I have no clue whether it’s a lame attempt to boost self-esteem, they’re trying to sound smarter, or they’re just plain ignorant. With that in mind, here’s a list of some of the most common ones that I find annoying as hell so that hopefully we can finally stop hearing them.

The Most Annoying Things Said by Co-Workers

I’m listing this one front and center because it’s one of my personal pet peeves. It’s 100% impossible for someone to give more than 100%. It’s absolutely, positively the utmost most you can give. That’s it. The whole shebang. Even if you gave 60% yesterday and another 50% today, you STILL didn’t give 110%. It’s not incremental. And just where does this end? You KNOW some office knucklehead always has to try and outdo everyone and impress the boss by saying they’ll give 1000%.

I swear, some of these folks are literally trying to make my head explode.

Which literally means ‘actually; without exaggeration.’ Unfortunately, rare is the day that it’s actually used correctly. Instead, it usually goes something like — “I’m literally losing my mind.” What you’re saying here my friends is that you actually lost your mind. It was here earlier, but now it’s nowhere to be found. You’re not sure how in the world that it got up on its own and walked away, but it did.

So, unless the event is actually happening, you should literally leave this word out of the conversation.

All Hands on Deck

I know this one probably comes from the Navy or pirates or something, but I’ve never understood it. If everyone’s hands are down on the deck, whose going to be doing the actual work? You can’t even get in a good nap in that position, let alone do anything productive.

Think about it for a second. What you’re actually saying with this one is, “I’m not asking, I’m telling you.” Every time I hear this phrase I picture the speaker with their head tilted and a patronizing grin. Don’t thank me in advance. If you want me to do something, just ask. Then afterwards you can sincerely thank me.

Usually we hear this one from the laziest, most unproductive co-worker. They usually can also be recognized by the heavy sighs as they pass your desk and the occasional, “I am SO busy today.”

You can also recognize them by their 3rd degree blackbelt in Candy Crush.

Think Outside the Box

Why do they assume that our thoughts are inside this mysterious box? Just what is this box and how did the entire office end up in there? If our team could brainstorm a new, innovative way of solving this issue at hand, we would. If you feel that it’s necessary to tell people to get their heads out of their, box, you’ve probably got the wrong people on the team.

P.S. Keeping employees is boxes is not conducive to a positive work environment.

This is some people’s way of trying to politely tell someone they, or their ideas, are stupid. Since it is generally frowned to outright say this to a co-worker, they put a little lipstick on it and ask them to explain just what in the hell they were thinking.

I’d really love to meet the butthead that started this one.  My ask is that you literally go jump off a bridge. Why not use the good old word request when making a request? It’s a perfectly good word and you’re actually saying what you mean, which as a general rule is helpful in both the workplace and life in general.

This one gets used a lot these days, especially when it comes to politics. Not to be “that girl” here, but unless the Kool-Aid is spiked with a healthy dose of vodka, can we please stop using this one? It’s a direct reference to the Jonestown massacre where 918 people lost their lives in a mass suicide (murder) at the hands of lunatic, Jim Jones. Most of his followers were forced to drink poisoned Kool-Aid, with fellow members forcing it into their mouths.

Think about that the next time you’re tempted to use this particular one.

Okay… I feel better now but I’m sure I left out some really good ones. What phrases do your co-workers use that get on your nerves?

Previous articleWhat did I do to Deserve This?
Next article5 Things I Would Tell My Younger Self